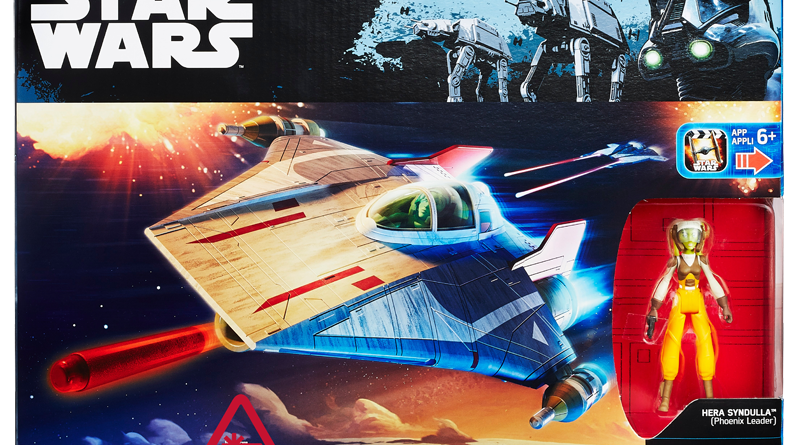 Hasbro will have a display of new toys at San Diego Comic-Con and Nerdist has a sneak peek of several new Rebels toys including Hera’s A-Wing, with Hera figure, and a new Jakku Rey figure.

Hera (Phoenix Leader) will come with her A-Wing from the season 2 episode “The Protector of Concord Dawn.” The ship features a NERF launcher with two darts and will come in the new Rogue One packaging. The toys in the new packaging will also be app enabled.  Also from Rebels will be a 12″ Electronic Duel Kanan Jarrus and Darth Vader.

Fans of The Force Awakens have a new Rey figure featuring her head gear from Jakku. The figure comes with a staff and sack along with a new firing accessory.

Finally, a 12″ Biker Scout and Speederbike from Return of the Jedi will be on its way.

Packaged shots were originally posted on the Nerdist site and later removed but we’ve mirrored them here. Make sure to check out the Nerdist website for the full story and additional pictures.