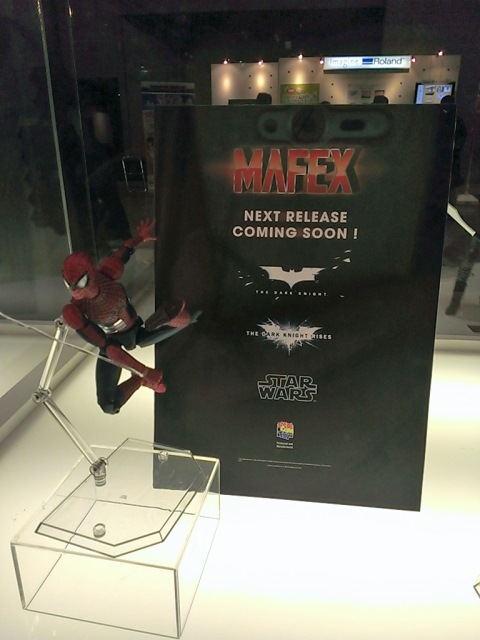 Medicom Toy showed off several action figures at the Wonder Fest show held this past weekend in Tokyo, Japan.  Included in the display was their upcoming The Amazing Spider-Man 2 MAFEX action figure along with a placard mentioning future releases.

The MAFEX line is new for Medicom and the Spider-Man figure coming later this year is only the third release from that series.  The previous two releases include another Spider-Man, from The Amazing Spider-Man, and Batman from The Dark Knight Rises.

CollectionDX posted the following photo from the show.