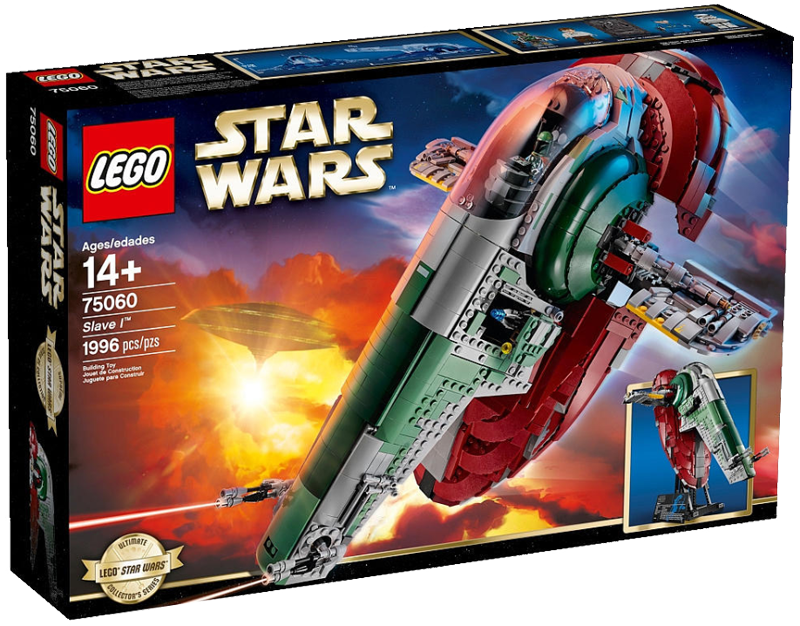 Lego posted a YouTube video last night introducing the new Lego Slave I (set #75060) which will be released in January 2015.  It has 1,996 pieces and will retail in the US for $199.99.  Even though this is an Ultimate Collector Series set, it is in minifig scale and will include Boba Fett, Han Solo, Bespin Guard, a Stormtrooper, and a Han in Carbonite accessory along with a display stand.