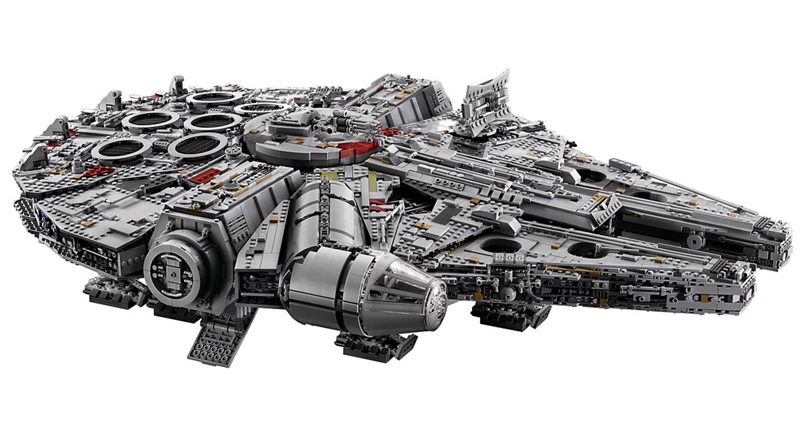 Lego has been teasing a new Ultimate Collector Series Millennium Falcon for at least the past couple of months, and now they’ve officially unveiled what will be the largest set ever produced, 75192 Millennium Falcon.

The new Millennium Falcon has 7541 pieces and includes seven minifigures, BB-8, two porgs and a mynock. The set will officially go on sale in October with an early release for VIP members. The set runs $799.99 which we believe is also the most expensive set released.

The included minifigures are from two different eras, the Original Trilogy with Han, Leia and the mynock from The Empire Strikes Back, while Chewbacca and C-3PO bridge the gap to The Force Awakens/The Last Jedi where an older version of Han Solo accompanies Finn, Rey and BB-8 along with two porgs. The Falcon features a swappable radar dish to show which set of films it represents.

Lego has a preview page on their online store for the Millennium Falcon and you can also check out the Lego Designer Video below.