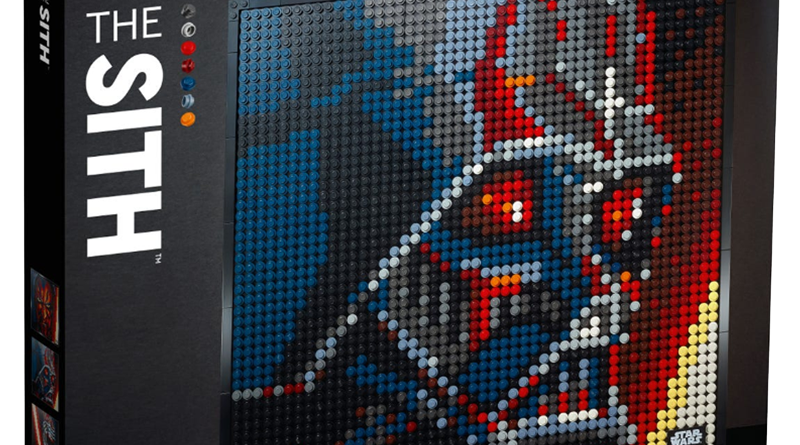 There have been rumors for a couple of months that LEGO would be releasing a large, Darth Maul mosaic set this year. Those rumors seemed to change to Darth Vader, but now we know, it’s both! Plus Kylo Ren. LEGO has announced their new Art line of mosaic sets that will be released for Star Wars, Marvel, The Beatles, and Andy Warhol.

LEGO Star Wars The Sith, set 31200, has 3406 with an MSRP of $119.99. The set is listed as an 18+ set and joins several new sets, such as the Boba Fett and other helmets, targeted at adult fans of LEGO. The Sith set allows you to build mosaics of Darth Vader, Darth Maul, and Kylo Ren. And, with downloadable instructions, you can combine three sets to build a larger mosaic of the characters.

Star Wars The Sith is listed on LEGO’s website as “coming soon.”