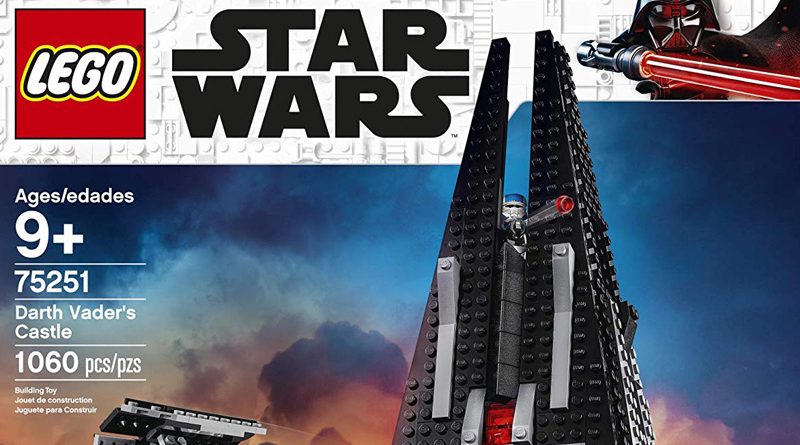 The set has 1060 pieces and comes with minifigures of Darth Vader, Darth Vader (Bacta Tank), two Royal Guards, and an Imperial Transport Pilot. The castle has a large interior with several sections for the figures to interact with each other and parts of the castle. The set also includes a mini build of Vader’s TIE Fighter, which does hold one minifigure.