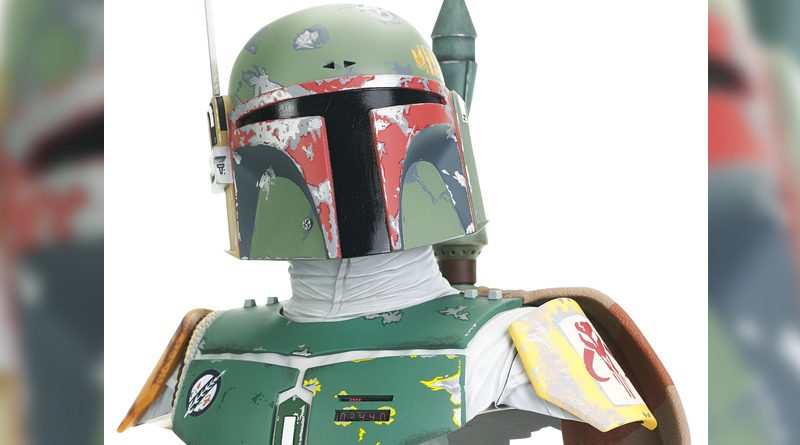 From Star Wars: The Empire Strikes Back, Boba Fett joins the Gentle Giant Legends in 3D line of 1:2 scale busts. Limited to 1,000 pieces with an MSRP of $200, Boba Fett is due later this year. Pre-orders are now open at Gentle Giant’s website along with other etailers.

A Gentle Giant Ltd. release! The Star Wars universe’s favorite bounty hunter is now a Legend in 3D! Measuring approximately 10 inches tall, this half-scale bust of Boba Fett is based on his appearance in Star Wars: The Empire Strikes Back, and features detailed sculpting and paint applications. Limited to only 1,000 pieces, it comes packaged in a full-color box with a numbered certificate of authenticity. Designed by Joe Allard, sculpted by Rocco Tartamella! (Item #MAY212117, SRP: $200.00)