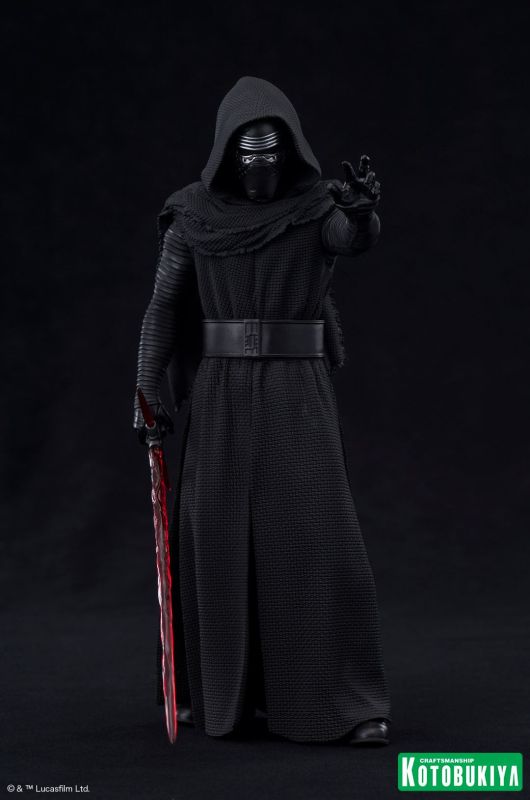 Kotobukiya has announced their ARTFX+ Kylo Ren statue will be released in July and he’s now available for pre-order.  With all of the included parts, and both a hood up and hood down look, Kylo Ren has eight unique poses.  Additional photos can be found on Facebook.

They’ve also updated photos for their Captain Phasma statue which we first got a look at back during New York Comic-Con.  Phasma is due in April and, as with Kylo Ren, have posted photos to Facebook.

Both statues are available for pre-order from BigBadToyStore.com for $59.99 each.  BBTS is still taking pre-orders for the R2-D2, C-3PO and BB-8 three pack as well as First Order Stormtroopers.