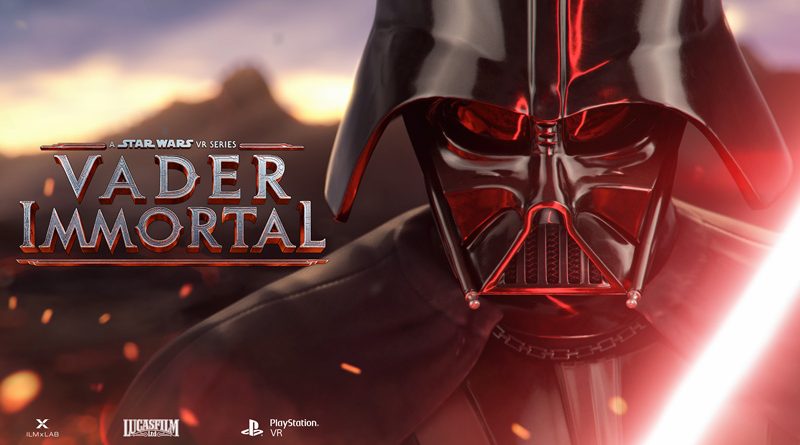 We received the press release below announcing the release of Vader Immortal for the PlayStation VR this Summer.

May 4, 2020 – SAN FRANCISCO, CA. In celebration of ‘May the Fourth,’ an honorary Star Wars holiday, ILMxLAB revealed that Vader Immortal: A Star Wars VR Series is coming to PlayStation®VR this Summer. The three episodes will be available together as one individual purchase, bringing the complete VR trilogy together for players and fans.

“We are very excited to be partnering with Sony Interactive Entertainment to bring Vader Immortal to PlayStation VR,” said Mark Miller, Executive Creative Producer at ILMxLAB. “I never get tired of watching people react to Darth Vader approaching them, following them with his gaze and speaking directly to them. We can’t wait to share this experience with a broader audience.”

Vader Immortal: A Star Wars VR Series lets you step inside your own Star Wars cinematic adventure as a smuggler operating near Mustafar, the fiery world Darth Vader calls home. When you are unexpectedly pulled out of hyperspace, you find yourself uncovering an ancient mystery at the behest of the Sith Lord himself. The series also includes the popular Lightsaber Dojo modes, where fans can spend hours honing their skills with iconic lightsabers and more in Vader’s training dojo.

Vader Immortal has been acclaimed by both press and fans. The series won Best VR/AR Game at the 2020 Game Developers’ Choice Awards. Vader Immortal: Episode I won VR Experience of the Year at the 2019 VR Awards, took home the inaugural Innovation Award at the 2020 Producers Guild Awards, and was named a Finalist for Outstanding Innovation in Interactive Media at the 2019 Emmys.

A canonical part of the Star Wars galaxy, Vader Immortal is a cinematic, narrative adventure connected to the events of Star Wars: Secrets of the Empire — also produced by ILMxLAB — and is set between Revenge of the Sith and A New Hope.

“PlayStation” is a registered trademark or trademark of Sony Interactive Entertainment Inc.