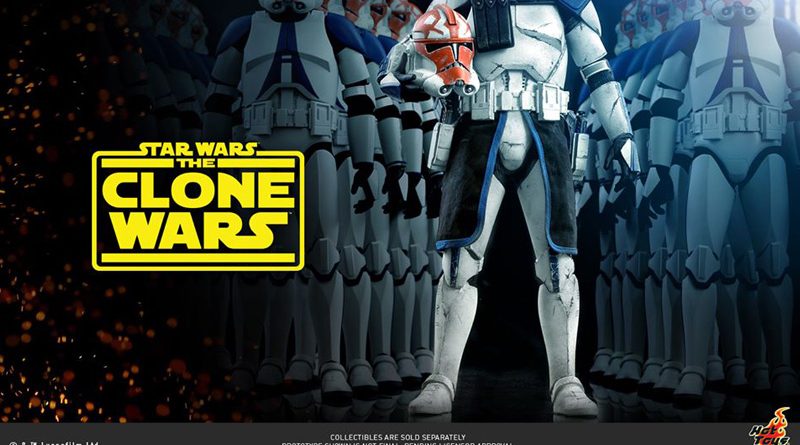 Along with the announcements of 40th Anniversary Darth Vader and Boba Fett, Hot Toys is also teasing upcoming Star Wars The Clone Wars figures with a graphic showing Captain Rex and a Clone Trooper helmet with the Ahsoka Tano deco.

While specific characters were mentioned, the accompanying text of the post reads:

“Go ahead. They’ve been waiting to see you.”

The final season of the Star Wars: The Clone Wars has fans elated around the world. Now, Hot Toys will continue to build up the excitement for Star Wars fans and introduce highly detailed collectible figures from this hit animated series! Stay on the lookout, there are more surprises coming.

The image suggests both Rex and a 332nd Clone Trooper and we can hope that they’ll do Ahsoka herself.