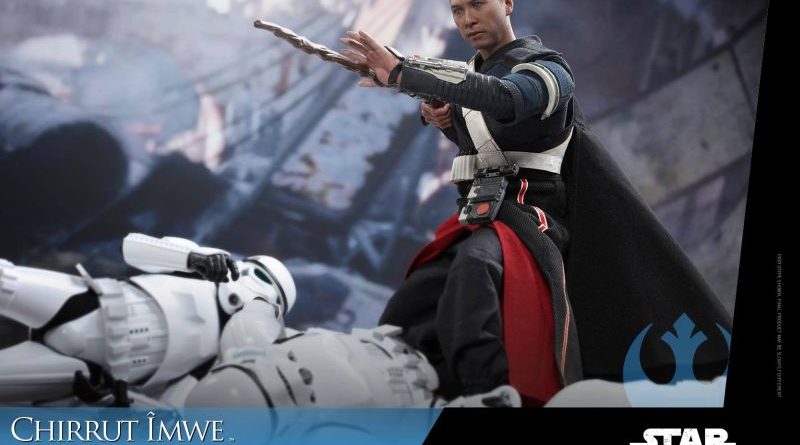 Hot Toys teased their Chirrut Imwe figure a few weeks ago and now we have full photos and details on the two releases that will be available.  Hot Toys will have both a regular and deluxe version of Chirrut.

The deluxe version will include special character packaging along with an exclusive diorama base featuring a Stormtrooper helmet.  Both the deluxe and regular versions include interchangeable hands, staff and two versions of his crossbow, one open for firing and the other closed with a strap that the figure can wear.

The deluxe version will be available in select markets. Additional photos can be found on the Hot Toys Facebook page.  We’ll update when pre-orders are available.

Update: Didn’t take long for Sideshow to post pre-orders for both versions of Chirrut.  The regular edition is $219.99 while the deluxe version is $244.99.  Both are slated for a release between May and July 2017.