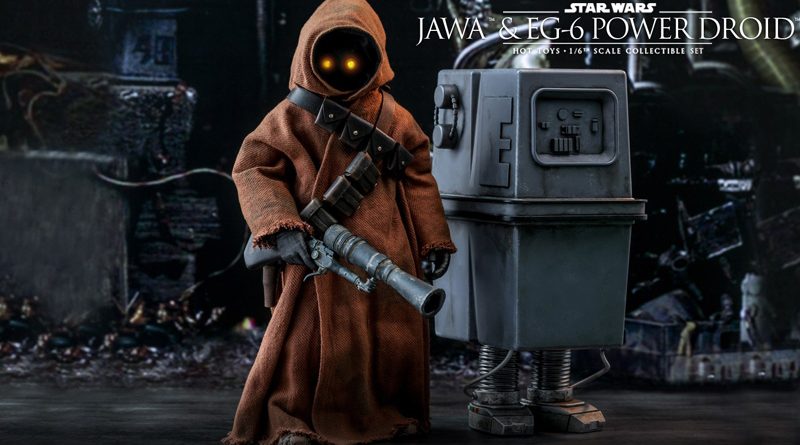 Several new Hot Toys figures were on display in Sideshow’s booth at San Diego Comic-Con this year, including a Jawa and EG-6 Power Droid. Now, Hot Toys has shown off official photos of the set which will include interchangeable hands for the Jawa, stands for both figures, and accessories such as a droid caller for the Jawa. The EG-6 droid has articulated legs and along with also being articulated, the Jawa features light-up eyes.

Pricing and release date haven’t been announced yet but we’ll keep an eye on Sideshow’s website to see if pre-orders go live today. Additional photos and information can be found on the Hot Toys Facebook page.

Update: Sideshow now has a pre-order available for the Jawa and Power Droid set. The set is $267 with an estimated release between January and March 2020. Some additional details on the accessories; the Jawa includes a blaster, welder, and communicator along with the base and interchangeable hands previously mentioned. The Power Droid has a newly developed body with eight points of articulation.