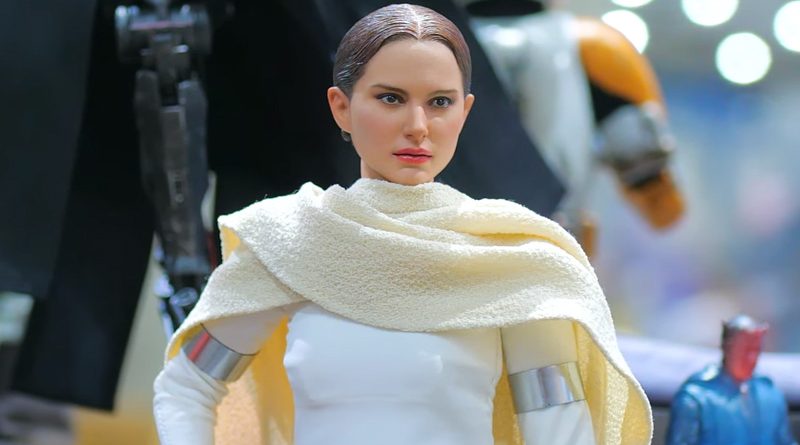 Hot Toys is showing off quite a spread of new figures at San Diego Comic-Con. This week we already had the announcement of the Sith Trooper from Star Wars: The Rise of Skywalker and Darth Maul from Solo: A Star Wars Story, and now they have 10 new figure releases in the display cases at the Sideshow Collectibles booth.

Sideshow posted a video, below, to YouTube earlier today that features Marvel, DC, Star Wars and other collectibles. Several of the Hot Toys releases have been previously announced, some are even shipping now, but the premiers include:

Hot Toys previously released a Bespin Luke Skywalker but this appears to be a new head sculpt. The Wicket has a real fur effect like their Chewbacca figure, and the Jedi Starfighter looks to be an impressive piece, along the lines of the Batman and Back to the Future vehicle releases we’ve seen in the past. Check out the video below for all of the figures showing in San Diego. The Star Wars items start about the 2:10 mark.