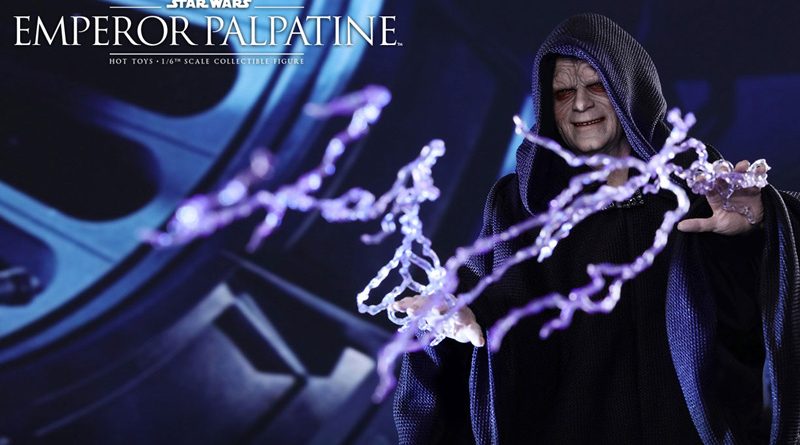 Hot Toys is offering their new Emperor Palpatine in two versions, a regular and deluxe edition which includes his chair from Return of the Jedi.

Both editions of the Emperor will include his walking cane, interchangeable hands and Force lightning accessories along with a stand.

In addition to those, the deluxe edition will include a light-up chair and Luke Skywalker’s lightsaber hilt.

The regular edition is priced at $220 while the deluxe is $314. Both are scheduled for release between January and March 2019.