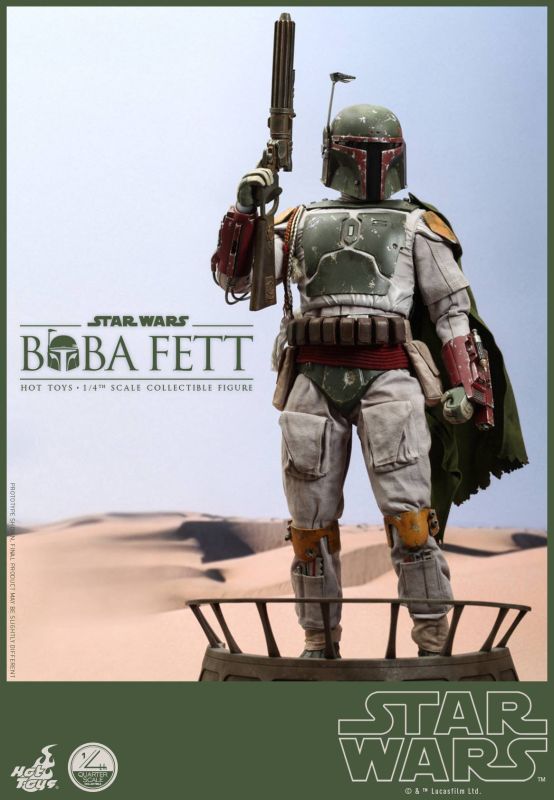 When Hot Toys announced that they would be producing Star Wars figures they said they’d be doing them in both the 1:6 and 1:4 scale.  After the pre-orders of several 1:6 figures we now have our first look at the 1:4 scale, Boba Fett from Return of the Jedi.

The figure will be articulated and comes with extra hands, damaged and undamaged rifle and several accessories to round out his iconic costume.  An exclusive in select markets will be his The Empire Strikes Back blaster pistol and holster.  Boba Fett will also come with a display stand that looks like the Skiff where he battled Luke Skywalker and Han Solo.

No price is given but previous Hot Toys announcements have been shortly followed by pre-orders.  We’ll post more info once it’s available.  Until then, check out the photos we’ve mirrored above or head over to the Hot Toys Facebook page.