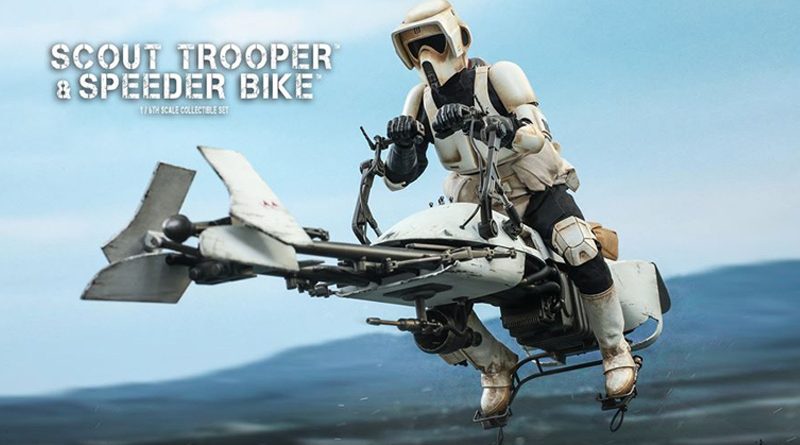 Hot Toys has posted photos of two new releases, both are Scout Troopers from The Mandalorian; a deluxe set with Speeder Bike and a Trooper by himself.

The deluxe set includes a Scout Trooper with Speeder Bike and accessories including The Child with satchel, interchangeable hands, blaster and figure stand. The Child figure is exclusive to the deluxe set.

You can also order a Scout Trooper by himself. The standard edition does include interchangeable hands, blaster, and stand.

Additional photos can be found on the Hot Toys Facebook page.

Update: Sideshow has now posted pre-orders for both Troopers. The Deluxe Scout Trooper with Speeder Bike is $455 and the single Trooper is $220. They’re both scheduled to ship between April and June 2021.