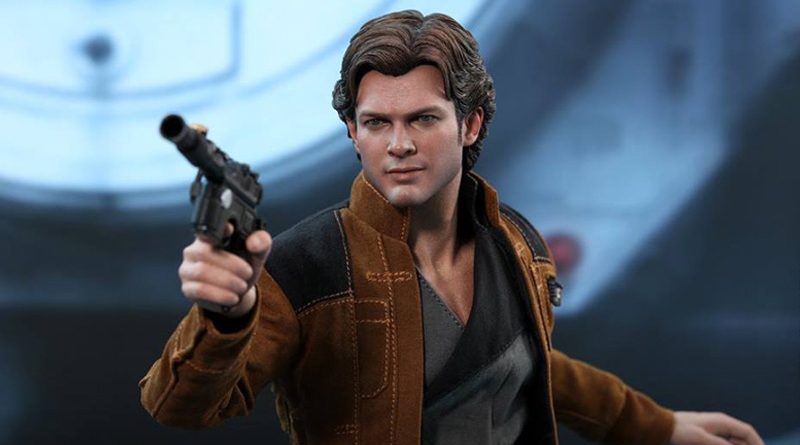 Hot Toys has posted photos of a new Han Solo figure from Solo: A Star Wars Story. And, as a sneak peek, Chewbacca joins him in a couple of pictures. Han Solo is coming in both a regular and deluxe version. The deluxe version has added accessories in goggles, fur coat with climbing belt, and a graphic card for the figure stand.

Both versions include a blaster, communicator, watch, dice, and several interchangeable hands.

Update: Both editions are now available for pre-order from Sideshow Collectibles. The regular edition of Han Solo is priced at $220 with the Deluxe version at $243. Both releases are scheduled between July and September 2019.