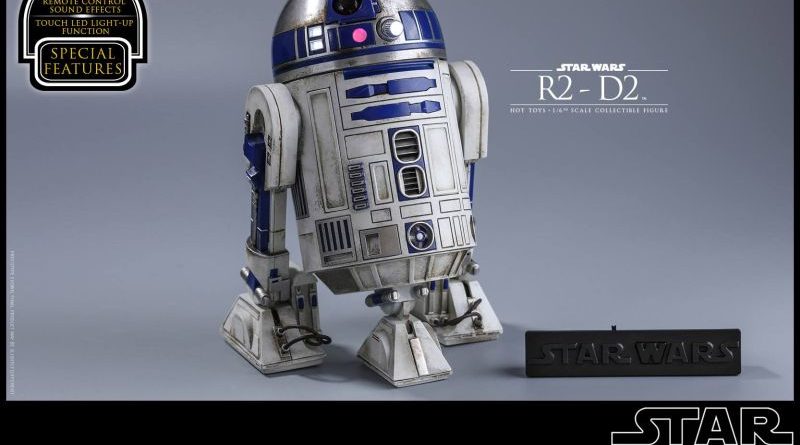 R2-D2 will feature a die-cast dome, touch activated lights, and remote control activated sound effects. R2-D2 will also have a retractable middle leg so he can be displayed standing or rolling on all three legs. It’s not mentioned in the Hot Toys Facebook post or highlighted in the photos so it doesn’t appear that Artoo will have any opening panels or additional tools.

Updated 3:20PM: R2-D2 is now available for pre-order from Sideshow Collectibles.  R2-D2 is priced at $219.99 with the payment plan available. Release is estimated between January and March 2018.