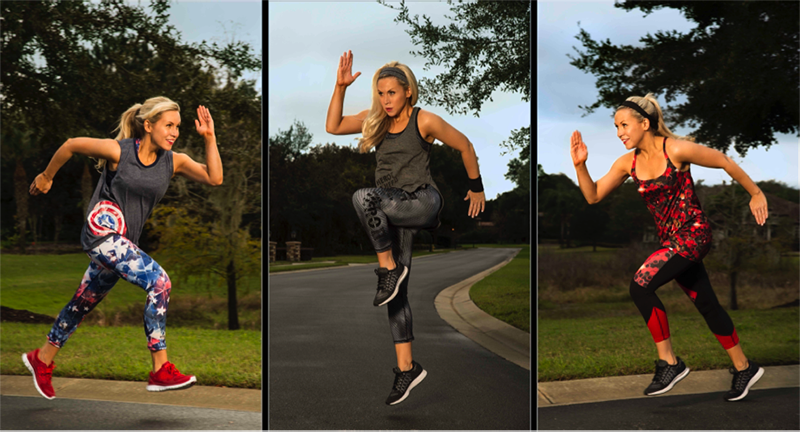 Glendale, Calif. (March 28, 2016) – Disney Consumer Products and Interactive Media today announced a Marvel Super Hero makeover for women’s activewear via a new collaboration with fangirl fashion company, Her Universe. The stylish line for teens and millennial women is inspired by the forthcoming movie Marvel’s Captain America: Civil War and will launch this month at Kohl’s stores and Kohls.com.

The capsule collection featuring looks based on Black Widow, Iron Man and Captain America will be tagged “Be A Hero” and offer more than 30 pieces, including tanks, sports bras and leggings, available in sizes XS – XL and 1X – 3X.

“Collaborating with Marvel on activewear is a dream come true,” said Her Universe Founder Ashley Eckstein. “These Marvel characters inspire me to try and ‘Be A Hero’ in my everyday life, and being active is an important part! We’re incredibly proud of this collection and hope that girls will be inspired to wear these designs from the gym to the street.”

The line is part of a major expansion into women’s fashion from Marvel, including launching @StyledByMarvel on Instagram, where female fans have flocked to keep up with Marvel style, attracting 275,000 followers in just 18 months.

“Activewear is a huge trend with young women and a natural fit for the Marvel brand,” said Paul Gitter, senior vice president of licensing, Marvel at Disney Consumer Products and Interactive Media. “We’re excited about the potential of this new collection to connect with female fans and continue to drive our fashion business.”

“Through this exclusive collection we are providing our customers with key pieces that will inspire them to find the hero in themselves while being active,” said Amy Kocourek, Kohl’s executive vice president of Junior’s, Children’s, Accessories and Jewelry. “This first-ever line of athletic wear is highly relevant for teens and millennials, and empowers fans to express their authentic selves.”

For more information on the products mentioned in this release, visit your local retailer or shop the “like 2 buy” link in the @StyledByMarvel profile on Instagram. Fashion-forward apparel offerings for women and teens are available at Kohl’s, as well as retailers like Disney Store, JCPenney, Macy’s, Target and Walmart.

About Marvel Entertainment
Marvel Entertainment, LLC, a wholly-owned subsidiary of The Walt Disney Company, is one of the world’s most prominent character-based entertainment companies, built on a proven library of more than 8,000 characters featured in a variety of media over 75 years. Marvel utilizes its character franchises in entertainment, licensing and publishing. For more information visit marvel.com. © 2016 MARVEL

About Her Universe
Her Universe was launched in 2010 by actress and entrepreneur Ashley Eckstein and The Araca Group, a leading theatrical production and brand management company. Ashley and Araca created Her Universe to address the expanding market of female sci-fi and fantasy fans. They entered their first agreement with Lucas Licensing to develop and produce a line of female-centered Star Wars apparel and accessories. The success of that line was followed up with a collection for BBC Worldwide for Doctor Who, CBS Consumer Products for Star Trek, AMC for The Walking Dead, Nerdist Industries, Marvel, Hasbro for Transformers and Studio Ghibli. You can learn more about Her Universe and purchase the current line of fangirl apparel and accessories by going to http://www.heruniverse.com and by following Eckstein & Her Universe on Facebook (facebook.com/HerUniverse) Twitter (twitter.com/HerUniverse), Pinterest (https://www.pinterest.com/heruniverse/) and YouTube (https://www.youtube.com/user/HerUniverseChannel)