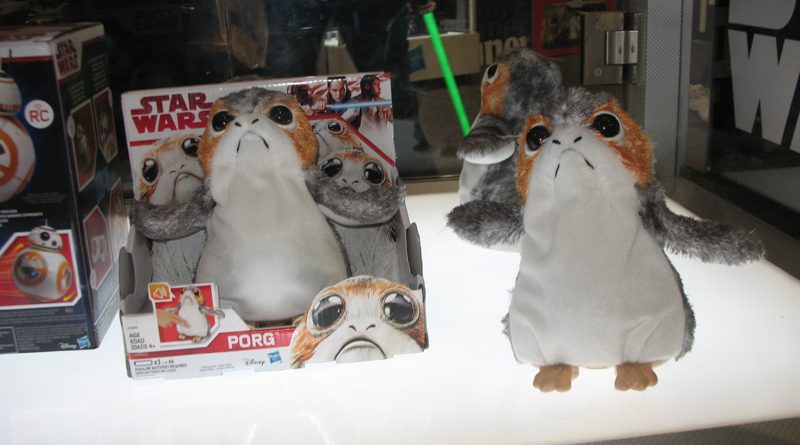 Our final toy related post for Star Wars is a look at the rest of what Hasbro had on display. That includes new NERF blasters for Captain Phasma and First Order Stormtroopers, Bladebuilders lightsabers and the updated radio controlled BB-8.

There were new Galactic Heroes figures and playsets on display incluing a new Luke, Rose, and First Order Stormtrooper from The Last Jedi along with the new BB-8 playset. Kylo Ren’s TIE Silencer is also available. Original Trilogy fans can choose from the Millennium Falcon, AT-AT and AT-ST, and a Snowspeeder.

There were several games on display and we believe most, if not all, are currently available, including the 40th Anniversary Monopoly board game, Battleship, and Operation. The new Yahtzee Duels game with Kylo Ren and Rey was being shown off as well.

Fans of the 12″ line of figures got a new look at the upcoming Yoda and First Order Stormtrooper figures along with Rey, Kylo Ren, Death Trooper, Darth Vader, and the Praetorian Guard, which features electronics.

On the interactive front, Hasbro’s R2-D2 and updated BB-8 were joined by the new Porg.