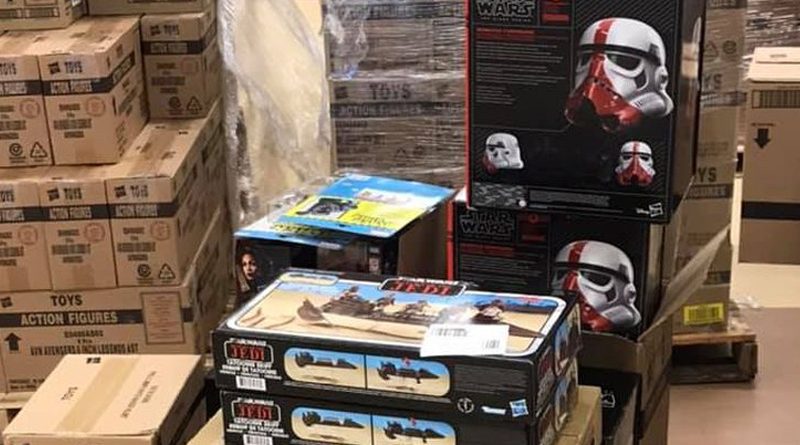 Hasbro is holding a two day warehouse sale in Carlisle, PA and they have great deals on some recent collectibles.

This is the first time Hasbro’s held a warehouse sale and the product available was from their Jonestown, PA site. Some of the items were dented boxes and for the most part, about a year old.

Update 12/17 – Per Steve and Andy of the Pennsylvania Star Wars Collecting Society, who attended both days of the sale, Hasbro had some items that were not intended for the sale. That includes the Vintage Collection Skiff and some items that weren’t put out on tables, such as the Captain America shield, San Diego Comic-Con Luke Skywalker 3-pack, and a GameStop exclusive Marvel Legends Punisher. The pic below shows the pallets that were in error, wrapped up for a return. 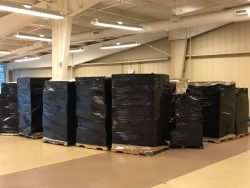 Our thanks to Steve Rensi for providing the photos and reporting from the sale.