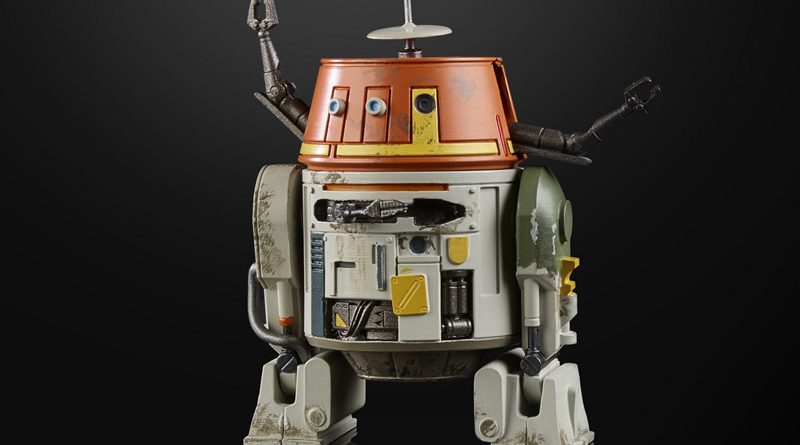 They opened the panel talking about the HasLab Sail Barge and the success of the program. They also mentioned that going forward they plan on attending more conventions including NYCC this year. European fans can expect their first convention exclusive as Hasbro looks to include them in the fun.

Along with new Micro Force vehicles and figures, there are new Muggs on the way this year. Role Play fans can look forward to a Black Series Shocktrooper helmet exclusive to GameStop and three new prequel era lightsabers; Obi-Wan Kenobi and Darth Maul from Star Wars: The Phantom Menace and Mace Windu. Darth Maul’s saber will be sold with a connector piece so that you can have single or double blades.

The Force Link line will have six new Solo: A Star Wars Story figures in the near future including Beckett, Rio Durant, Han Solo Mudtrooper, Val, L3-37, and Quay Tolsite. In a surprise movie, Hasbro will also be releasing two playsets from Solo; Vandor-1 and Kessel. The sets are made from a cardboard material with some plastic features. The Kessel set will include Han Solo and is exclusive to Walmart with a $30 price point. Target will have the Vandor-1 set, which comes with Chewbacca, and retails for $40. The goal is for these playsets to come in under $50.

Fans of Star Wars Rebels are moving two steps closer to having the full Ghost crew with yesterday’s announcement that Ezra and Chopper will be joining the Black Series line. Ezra will be from the middle of the series with the longer hair while Chopper features full articulation and flame effects to show him in flight. Rio Durant from Solo is also joining the line.

Other new Black Series figures include Rio Durant and the Patrol Trooper from Solo.

The Vintage Collection only had a couple of reveals of new figures but it wasn’t all bad news. Going forward in 2019, Hasbro will be releasing fewer waves of figures in order to add more new figures and characters rather than be heavier on the re-packs and carry forward figures. They’re also bringing the Photo Real face printing technology to the line.

Upcoming new figures include the previously announced Han Solo, Lando Calrissian, and Range Trooper (from Solo), Dr. Aphra, and the Assault Tank Driver. A new Imperial Stormtrooper, and Death Star Gunner were shown off along with Enfys Nest. Re-packs include the Walmart exclusive Black Series Scarif Trooper from Rogue One, and Luke Skywalker and Praetorian Guard from The Last Jedi. Darth Revan also makes a return. Later this year, Walmart will have an exclusive Vintage Collection TIE Fighter with pilot. The TIE is a gunmetal grey and features the large wings.

Hasbro showed off a couple of slides during their presentation that showed off current and upcoming Vintage Collection numbering and wave dates. That’s included below the photos.

There will be three convention exclusives next year and five unannounced retailer exclusives due in May.