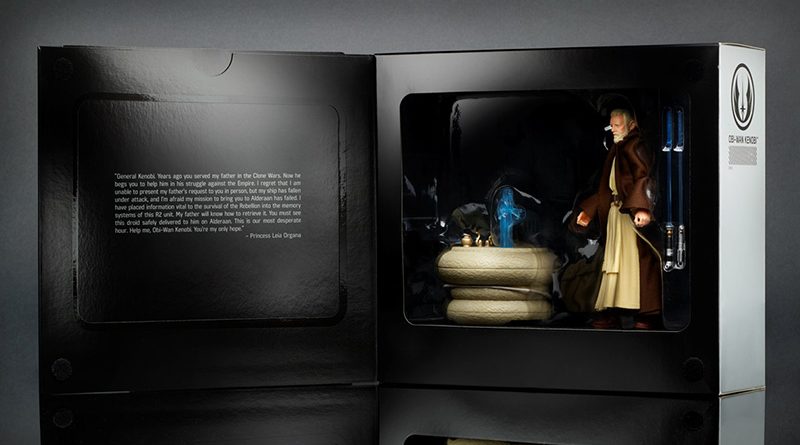 Hasbro issued a press release with details on all of the exclusives they’ll be selling this weekend at San Diego Comic-Con. They have offerings across all of their major brands including Star Wars, G.I. Joe, Transformers, Marvel, and My Little Pony. Joining those brands will be Micronauts which is a property that Hasbro will be bringing back to the forefront along with ROM Space Knight and M.A.S.K.

One surprise is that Hasbro will have an SDCC exclusive version of their Black Series Jyn Erso figure from Rogue One ($24.99). The regular figure was shown off last weekend at Star Wars Celebration Europe but this release will have special packaging and includes some additional accessories including her cloak which is seen in the trailer. Along with Jyn will also be the previously announced Obi-Wan Kenobi ($44.99)and Kylo Ren ($34.99).

G.I. Joe fans can look forward to an additional Transformers crossover set that includes Scarlett and Zartan, Autobot Powerglide, and Decepticon Soundwave. Powerglide is a repaint of the Rattler jet while Soundwave is a H.I.S.S. Tank ($99.99).

A limited amount of the exclusives will be available on HasbroToyShop.com after the convention is over.  You can read the full press release on Hasbro’s website, and check out the photos below.