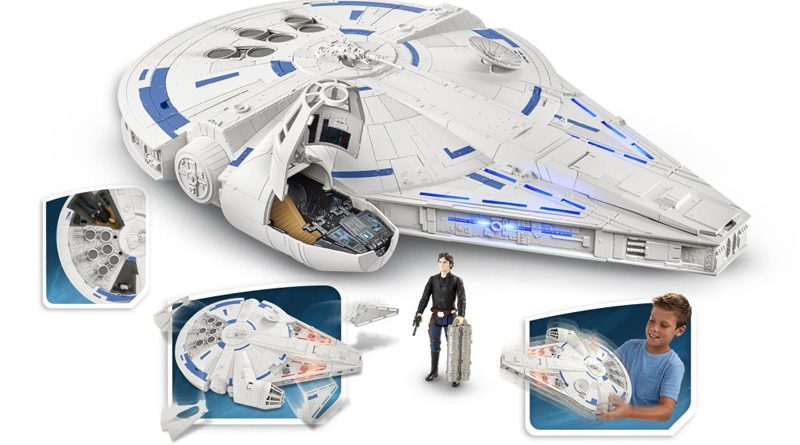 Hasbro will have a fresh line of 3.75 action figures and vehicles for Solo: A Star Wars Story, including a new Millennium Falcon. Retailing for $99, the ship will have lights and opening panels and will interact with the new Force Link 2.0 band. The set also includes an exclusive Han Solo figure.

The new Force Link Starter Set, $29.99, also includes a Han Solo figure and will have lines from the new action figures. We’ll also see updated releases of K-2SO and Luke Skywalker along with Maz Kanta with new Force Link speech. From Solo, look for Chewbacca and Qi’ra in the 3.75″ line which will still retail for about $8.