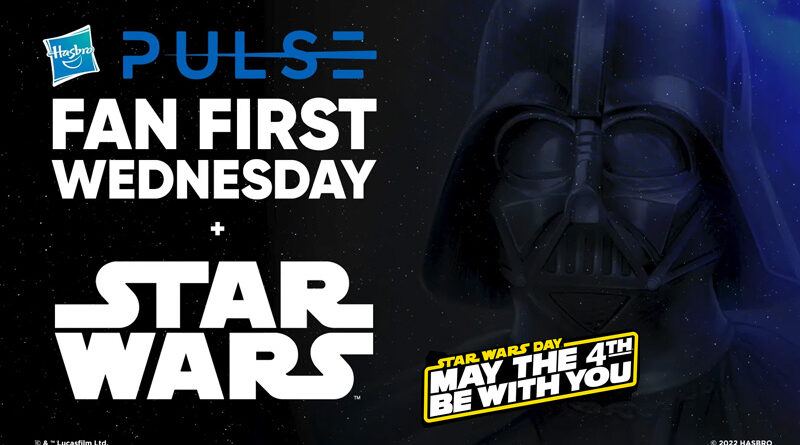 Hasbro has just wrapped up their May the 4th livestream where they announced several new Black Series and The Vintage Collection releases plus two role play items from the new Obi-Wan Kenobi Series. With only a couple of exceptions, most of today’s reveals are not exclusive and will be available for pre-order starting on May 5, 2022 at 1:00PM ET.

Hasbro officially announced that they will be attending Star Wars Celebration Anaheim later this month although a panel announcement was already posted. They did not mention any convention exclusives but did say towards the end of the stream that we should check StarWars.com later today as it sounds like they will have some more information for us.

Figrin D’an comes with three accessories and Nalan Cheel, which is a deluxe release, includes the rest of the band’s instruments. Nalan Cheel also has interchangeable hands and a stool so he can play all of the included instruments.

The Vintage Collection announcements kicked off with a Retro collection preview of a 6-pack boxed set that will include re-packs of the Star Wars: A New Hope figures released in the first wave. All six figures are carded and packed in a box with Kenner inspired retro packaging. The set is a Hasbro Pulse and Disney exclusive. Pre-orders will be available on Hasbro Pulse and ShopDisney on May 26, 2022, however, they’ll be available at Disneyland Resort on May 25th in the park. The set will be available at Walt Disney World Resort in Florida. Note that May 25th is the day before Celebration Anaheim kicks off.

The final two announcements today were for role play items from the upcoming Obi-Wan Kenobi show. In the Force FX Elite line, we have Obi-Wan’s lightsaber which features a removeable blade and new clash and battle sequence sounds along with the classic ignition and other effects.

Hasbro also updated their 3-piece Darth Vader helmet with new red lenses and paint deco to go along with what we may see in the Obi-Wan Kenobi series.