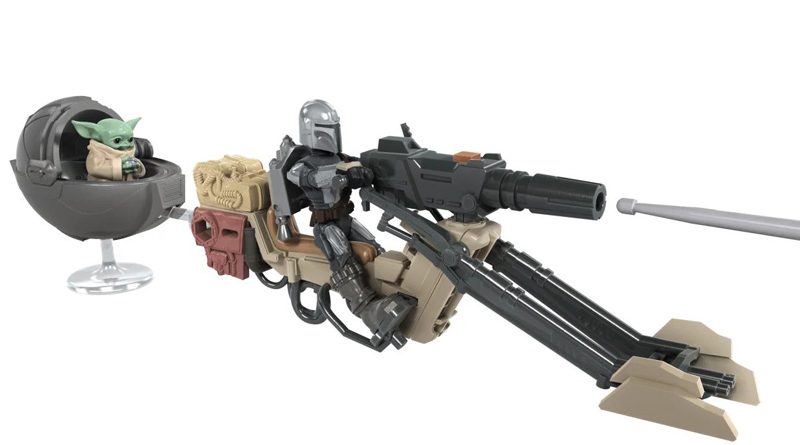 io9 has the debut info about Hasbro’s new line of mini figure toys called Mission Fleet. The line of 2.5″ figures and vehicles will have three price points; $8, $15, and $20. The $8 line will feature a figure and small ride-on vehicle or jetpack with characters such as Ahsoka, Boba Fett and a Clone Trooper.

In the $15 range look for a figure with a larger vehicle such as Captain Rex with an AT-RT or Obi-Wan with a BARC Speeder. This wave will also include The Mandalorian with a speeder and the Child in his hover bassinet which can stand on its own or be attached to the speeder.

All of the vehicles shown in the $15 and $20 range include firing launchers and swappable parts. Head over to the io9 website for more information and pictures. Look for Hasbro to show off the line at their media event this Saturday during New York Toy Fair.

Updated to include press photos from today’s announcements.