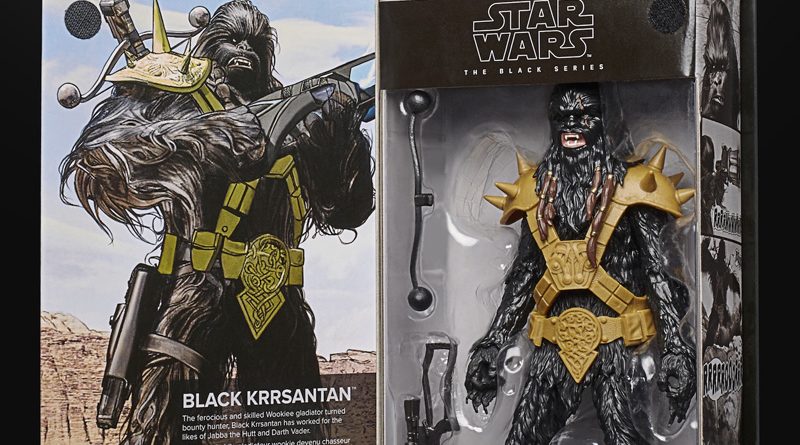 Black Krrsantan saw his live-action debut in Star Wars: The Book of Boba Fett on Disney+ but Hasbro’s Black Series debut of their new figure is based on his comic book appearance. Unfortunately, the figure is a repaint of the Chewbacca Black Series figure with new armor and head sculpt. The figure will be available for pre-order on February 15, 2022 (for a 2023 release) from Entertainment Earth. Priced at $27.99, orders open at 1:00PM EST. Pictures and press release below from Hasbro.