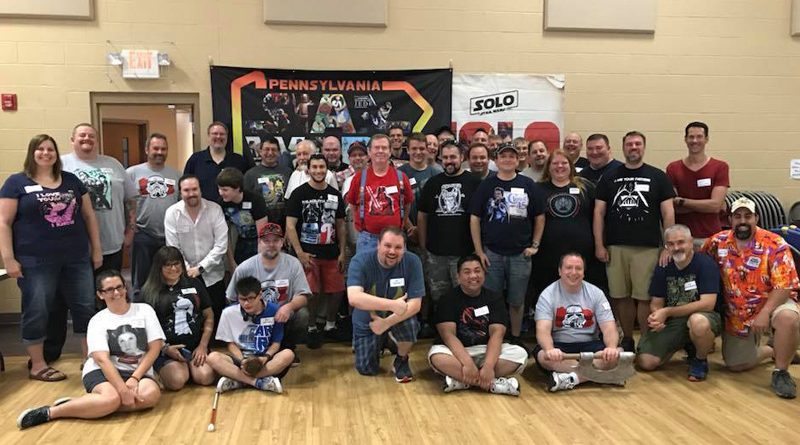 20 years ago today, the Pennsylvania Star Wars Collecting Society held our first meeting. After many weeks of planning and promotion, 10 people met at the Camp Hill public library to discuss their love of Star Wars collecting, thereby launching the club.

It has since grown to over 400 members in our private Facebook group, and over 500 members on our email distribution list. Over those 20 years, PSWCS has hosted 336 gatherings, including attending 9 Star Wars Celebrations as official Fan Group representatives. The club has collected and donated many hundreds of toys to our regional 501st Legion organizations, Garrison Carida and Starkiller Garrison.

Finally, in cooperation with our 501(c)3, PSWCS.org, and with the permission of Lucasfilm LTD., PSWCS have produced 10 charity fundraiser medallions, raising over $67,000 for local Pennsylvania charities.

It’s been an amazing journey coming from such small beginnings. Join us in celebrating 20 years of collecting, camaraderie, and charity with the Pennsylvania Star Wars Collecting Society. May the Force be with you!