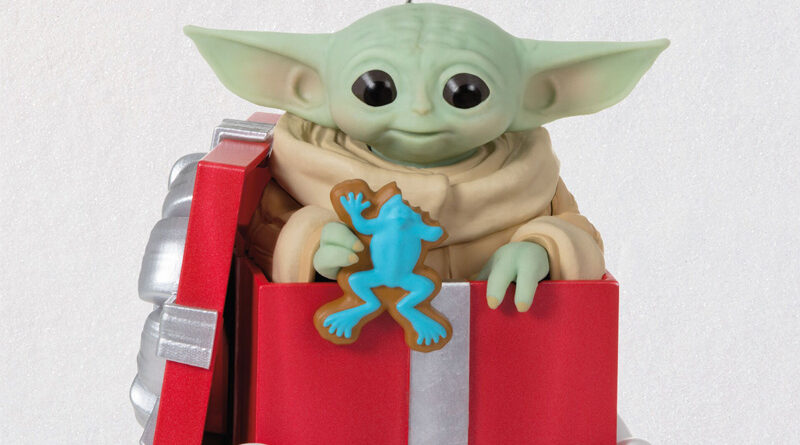 Hallmark has published their 2022 Dream Book, showing off all of the new Keepsake Ornaments. Star Wars has a large presence again this year, with 12 new ornaments. The releases are split about in half, with releases on both July 9, 2022 and October 8th. The Razor Crest Musical Ornament, however, will be releasing on May 4th. We don’t have an announcement for a Star Wars Celebration exclusive yet but PopMinded does have Celebration listed on their website as an event for them this year.

There are three new Storyteller ornaments, all from Star Wars: A New Hope; Han and Chewie, Princess Leia, and Darth Vader. Each ornament has their own light and sound features but when connected together, or added to Luke, Obi-Wan, C-3PO & R2-D2, and the Death Star Tree Topper, you unlock even more dialog and features. All three ornaments are $39.99 with Leia and Vader releasing on July 9th while Han and Chewie release October 8th.

Hallmark is also releasing a replacement remote control for the Death Star Tree Topper. Shaped like Darth Vader’s lightsaber hilt, the remote can be hung like a decoration. The remote control is $5.99 and will be available on July 9, 2022 with many of the other ornaments listed.