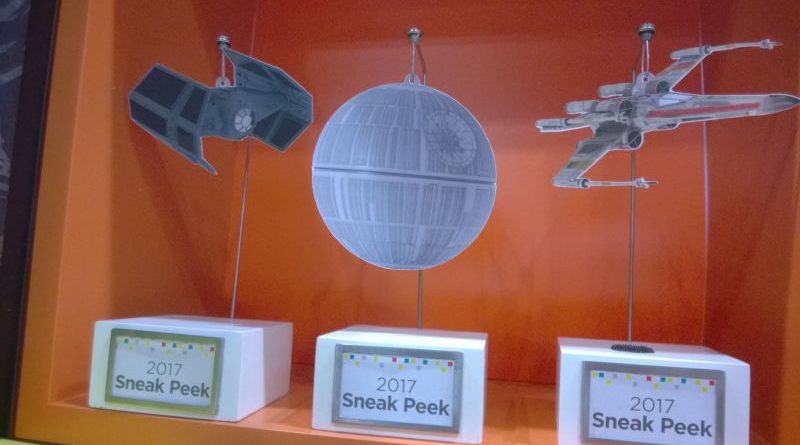 An interesting piece of news has leaked about Hallmark’s new Star Wars Storytellers Keepsake Ornaments. Starting this year, and continuing through 2019, Hallmark will release seven ships that will interact and tell a 10-minute version of Star Wars: A New Hope.

Three vehicles will be released this year and two each over the next two years.  Each ornament will feature its own sounds but when all seven are together they will recognize each other and create five scenes with dialog, sounds, and lights. The three ornaments for 2017 are the Death Star, X-Wing Fighter, and Darth Vader’s TIE Fighter.  All three were teased at New York Comic Con last October.

With 2017 being the 40th anniversary of Star Wars, Hallmark is launching a very ambitious celebration plan that fans of the movies as well as Hallmark’s Keepsake Ornament line can look forward to.