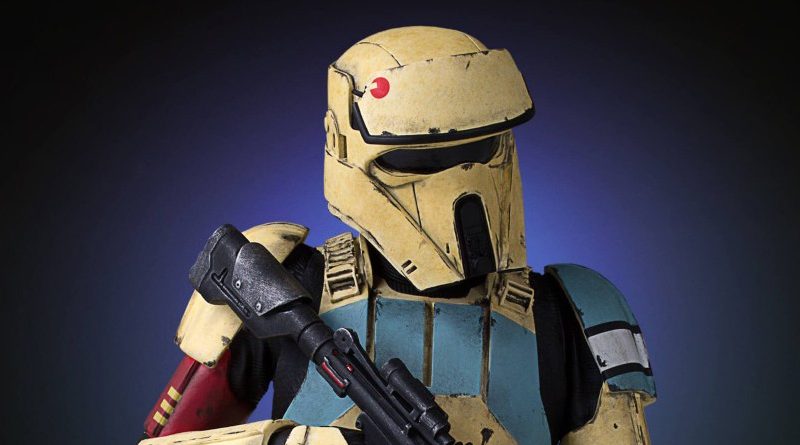 First up is a Shoretrooper mini bust from Rogue One.  The sixth scale mini bust of the Shoretrooper, aka Scarif Stormtrooper, represents an officer based on the paint scheme shown.  No edition size has been announced but the price is $120 direct from Gentle Giant.

Next up is a re-release of the Jumbo Greedo figure, now on a Power of the Force card with a coin.  Greedo also comes with his blaster and is priced at $80.