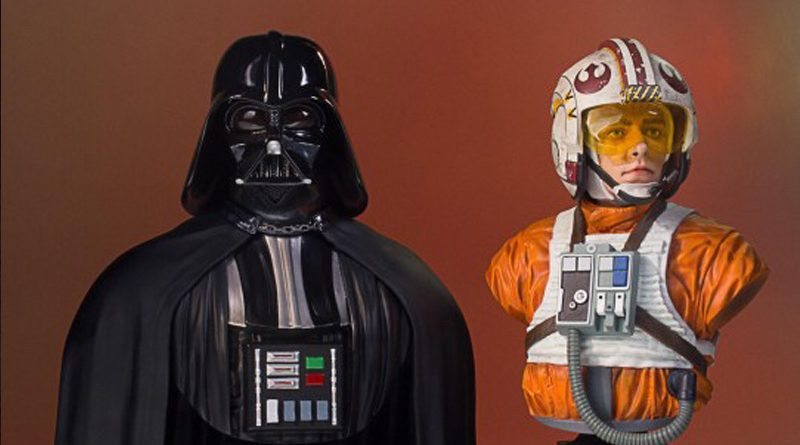 Gentle Giant will be announcing and putting up for pre-order their 2017 San Diego Comic-Con exclusives over the next couple of weeks. They have eight total exclusives and we already know that their Han Solo McQuarrie bust and Jumbo Dianoga, which were also available at Star Wars Celebration, will be two of them. Also shown at Star Wars Celebration were the two Classic Busts which Gentle Giant put up for pre-order today: 40th Anniversary Darth Vader and Luke Skwyalker X-Wing Pilot.

Each bust is $100 and Gentle Giant is also offering a bundle of both for $200. Premier Guild Members can order them today and for those that aren’t able to, Gentle Giant will also have them at their booth during Comic-Con.