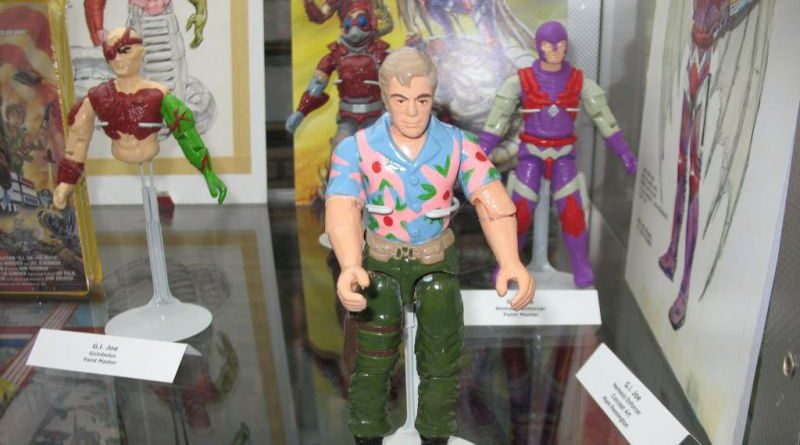 G.I. Joe didn’t have a large presence at HASCON this past weekend, with no product on shelves and nothing in the near future, but it wasn’t left out.

There were three panels on Friday that took a look at art, vehicle design, and action figure design from the 1980’s A Real American Hero line. We attended all three and coverage can be found in separate posts. Hasbro had three display cases highlighting the history of G.I. Joe from the 12-inch action figures of the 60’s and 70’s to the 3.75″ toys of the 80’s and 90’s.

The action figure cases featured original design artwork and a separate case had original packaging artwork on display. The packaging artwork was by Hector Garrido and was absolutely gorgeous. Unfortunately, it was somewhat difficult to photograph due to the case and the bright hallway.

Finally, there were several costumes and props from the live-action movies.