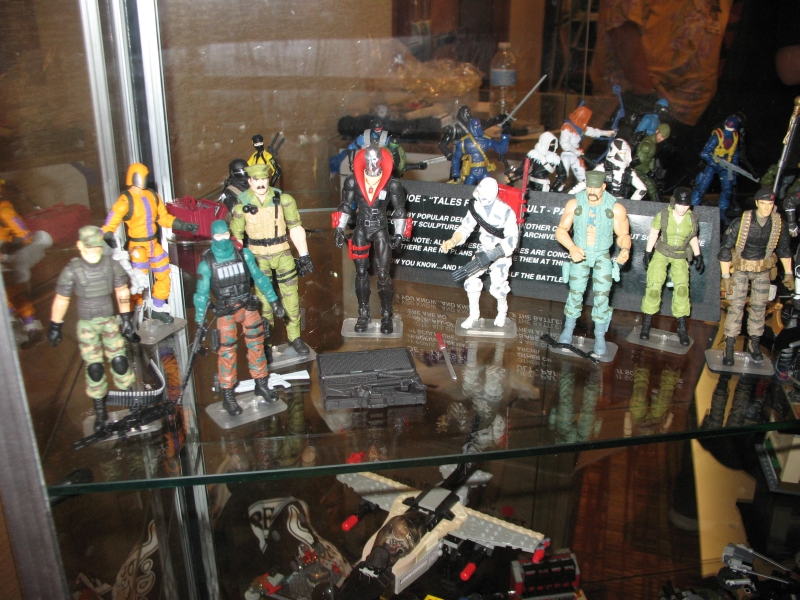 If anyone was expecting new news out of Hasbro this weekend, they were probably disappointed.  They basically presented the same information as that released at Toy Fair back in February.

Derryl DePriest and John Warden did say that they are still behind making sure the Wave 3 figures make it out.  Wave 3, FYI, is the wave with Kwinn and the Data Viper along with the Ultimate versions of Flint, Duke and a few other fan favorites.

Two pieces of news that did come out are that Micro Force wave 2 is on hold for now and that the San Diego Comic-Con exclusive will have a “lot” of figures and it’s something fans have been asking for.  The SDCC exclusive will be announced later by a larger press outlet.  One other thing, Derryl DePriest did also confirm during the panel that there are plans to go ahead with a third G.I. Joe movie.

Included below are the slides from the presentation along with some shots of figures that were added to the booth on Saturday.  These are from the Concept Vault and aren’t scheduled but are something that Hasbro could do if they get enough feedback.