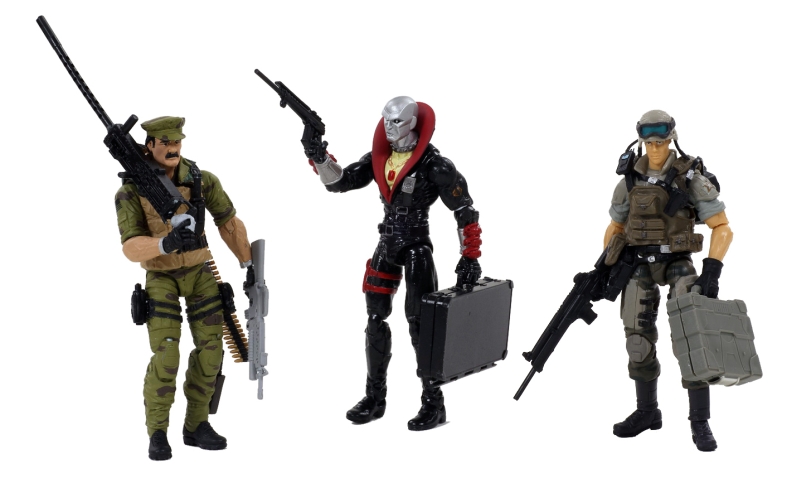 Hasbro will be celebrating the 50th Anniversary of the G.I. Joe line by releasing a series of exclusive action figures to Toys-R-Us stores, beginning in the fall. If building sets are more your speed, Hasbro’s KRE-O line will be releasing an 856 piece Terror Drome and a third and fourth series of blind-bagged KREONS.

The action figure line will consist of 2-packs, 3-packs and vehicle sets. The following were shown at Saturday’s Toy Fair event.

A second VAMP Mk II and Cobra Night Landing 2-pack is said to be this year’s San Diego Comic-Con exclusive.  One version of the VAMP is the classic tan dessert deco and Flint has his classic color scheme while the other version has more of an arctic deco.  GeneralsJoes.com is reporting that the classic colors will be the SDCC exclusive, based on the file name of the official Hasbro Image: “DangerAtTheDocks-ComicCon.jpg.”  We should have more info on this soon.

Besides the Terror Drome and waves three and four of the KREON figures, the KRE-O line will also include two new, smaller sets.