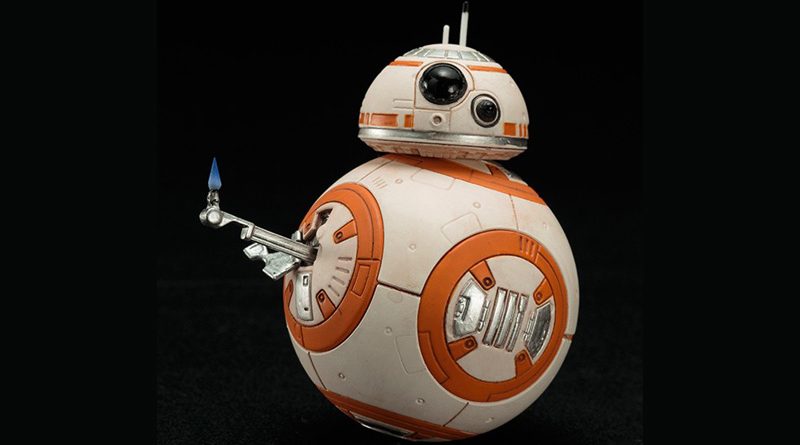 Kotobukiya released three new pre-orders on Force Friday, all ARTFX+ statues, with two of them being from The Force Awakens and Luke Skywalker from Return of the Jedi.

First up is Poe Dameron in his pilot uniform with BB-8. Poe can be displayed with his helmet on or off and BB-8 is a new sculpt that includes his thumbs-up lighter. His head also has a magnet for posing. Poe and BB-8 are available for pre-order from Kotobukiya for $109.99 or BigBadToyStore.com for $99.99. Poe and BB-8 are scheduled for a November release.

Next up is a First Order Stormtrooper FN-2199 statue that can be posed with a riot baton either collapsed or extended, with or without a shield, or with a blaster. The statue also includes a Finn portrait and a FN-2187 helmet portrait to add additional variations to your display. Kotobukiya pre-orders are available for $74.99 while BigBadToyStore.com has him for $69.99. FN-2199 is also scheduled for release in November.

Luke Skywalker from Return of the Jedi rounds out the new pre-orders. Luke includes his lightsaber and an extra set of Darth Vader arms that can be used with the existing Darth Vader ARTFX+ statue to recreate the Death Start duel. Luke is $79.99 on pre-order from Kotobukiya or $74.99 from BigBadToyStore.com.

If you don’t already have the Return of the Jedi Darth Vader, we believe that the ARTFX+ statue currently available from EntertainmentEarth.com is the correct statue.