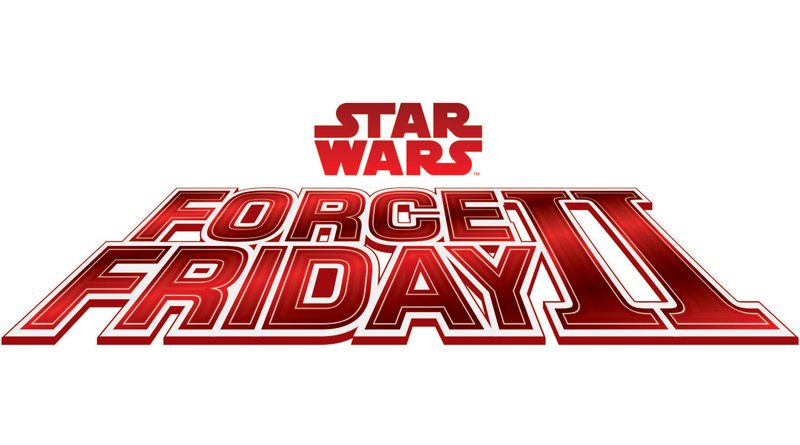 We’re 24 hours away from the kickoff of Force Friday II on the East Coast. The official launch day for Star Wars: The Last Jedi toys and collectibles starts at 12:01am on Friday, September 1st and there will be a lot going on throughout the day.

Starting at midnight, we’ll be at our closest Toys-R-Us, just as we’ve done for the past two years, where there will be a free t-shirt and mini poster. Select Target stores will also be open and 24 hour Walmart stores should also be participating. StarWars.com has a long list of stores that will be having promotions celebrating the launch of the new film but many more stores will have new offerings from toys to clothing to books. Lego stores will have a free Scarif Trooper minifigure with purchase, for example.

Although Disney/Lucasfilm have yet to release any sort of checklist of all the items that will be available, many leaks and store computers have given us a good idea. Keep an eye on YakFace.com as they’ll be launching a checklist during the day Thursday which, by the sounds of it, will be quite comprehensive.

We’ll have coverage of Toys-R-Us Friday morning and we’ll be tweeting during the event.