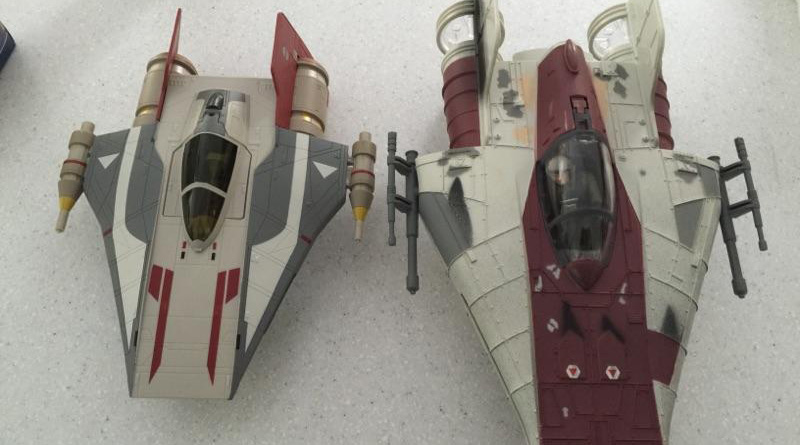 Joe K. found the new Hera Syndulla A-Wing at Walmart yesterday and unlike the new Rogue One toys, this rang up without problem. The box photo below is a Hasbro press photo but the other shots compare the loose ship to the Power of the Force 2 release. As you can see, the ship is smaller than the previous releases as has been the trend with new ships. The design is taken from the animated series which is based on the original Ralph McQuarrie artwork for the ship. Hera’s A-Wing features a Nerf launcher and two darts, something Hasbro started to include with last year’s Millennium Falcon.

The Hera Syndulla figure is basically the same as the previous 2-pack release only now she’s sporting a flight helmet. As you can see from the photo, she fits well into the cockpit.

The only accessories with the set are the two darts for the Nerf launcher and Hera’s pistol.  There’s one small decal included as well.  Although the ship and figure are from Rebels, all of the new releases come with access to an app via a scannable code which unlocks features in the app. The only downside, the app is only supported until June 2018.

If you haven’t found early leaks of the new toys, you don’t have long to wait. Friday is the official launch day for the new toys and Toys-R-Us will have a midnight launch at 12:01am.