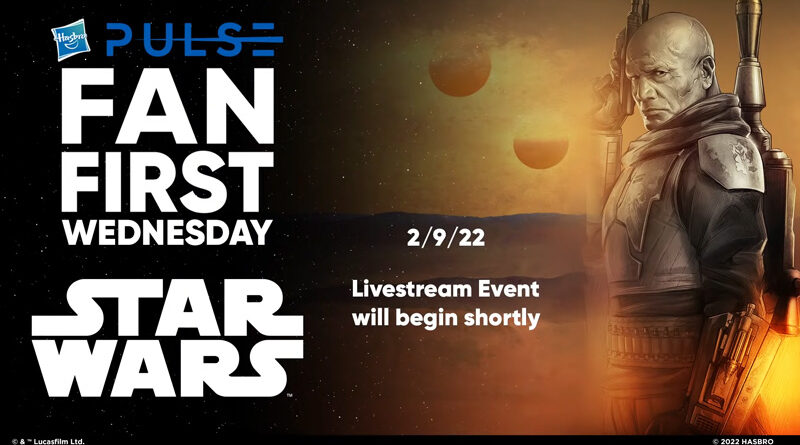 Hasbro had 7 new announcements during today’s livestream that will be available for pre-order tomorrow, February 10th, at 1:00PM EST. There were also several Pipeline reveals and updates on previously announced items.

Although the figures have been found in a handful of Targets, the previously announced wave of Black Series figures that includes The Client, Omega, Echo, Ahsoka, and Death Watch Mandalorian will be available tomorrow for official pre-order. The Target exclusive The Mandalorian and Grogu (Arvala-7) exclusive will officially be on sale, not pre-order, March 27th. As with the Client wave, the Arvala-7 set has already been found and some pre-orders that were offered previously have been fulfilled.

Yoda from The Vintage Collection, announced back in September during a livestream, will also go up for pre-order tomorrow as well.

The surprise of the livestream was Boba Fett’s Throne Room. Officially from The Book of Boba Fett, the Throne Room playset includes a Bib Fortuna figure from his appearance at the end of The Mandalorian season 2 when Boba Fett punches his ticket and starts his rule on Tatooine.

The Throne Room is a Hasbro Pulse exclusive and rings in at $229.99. It’s scheduled for release in September 2023. Bib Fortuna will be carded on a Book of Boba Fett card and the set, along with a playset base and backdrop, includes over 40 pieces of playset pieces, and both a dais and throne.

While this set seems like something that would be offered as a HasLab project, Hasbro has said they’re trying this method, of offering straight pre-orders, over the crowdfunding model.