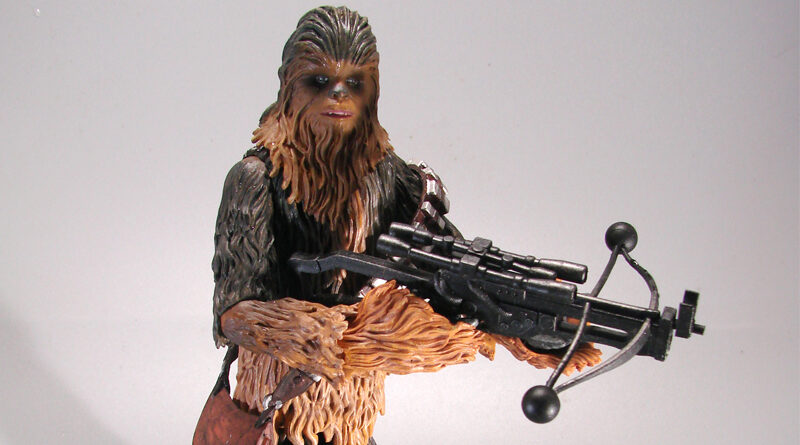 Disney’s exclusive line of Deluxe Action Figures expands today with Chewbacca by Diamond Select Toys. Chewbacca includes his classic bowcaster and bag along with a second bandolier and blaster from his appearance in Rogue One. Chewbacca is limited to 1 per customer and is $34.99. Orders are open now. Check out the full press release from Diamond Select below.

May the Fourth be with you! It’s Star Wars Day, and Diamond Select Toys and Gentle Giant Ltd. are launching three new products to celebrate! The newest Star Wars Deluxe Action Figure is available now at shopdisney.com, and a new bust and Jumbo figure are available for pre-order at gentlegiantltd.com! It’s the best of all civilized worlds! Read on for details!

Diamond Select Toys’ line of deluxe Star Wars action figures has taken the toy-collecting world by storm, bringing the Star Wars Universe to the 7-inch scale for the first time ever. Now, the Disney-exclusive line is getting even bigger, in both senses of the word, as it expands to include an all-new character: the towering Wookiee™, Chewbacca! This all-new 8-inch action figure of “Chewie” features 16 points of articulation and authentic movie details. It includes two different bandoliers, the one he wears in the original Star Wars Trilogy and the one from Solo: A Star Wars Story™. He also includes two weapons, his famous bowcaster™ and the blaster he used on Vandor-1™! The deluxe Chewbacca with accessories comes packaged in a full-color window box, and joins in-scale figures of Boba Fett™, Darth Maul™ and a Stormtrooper. Look for them today on shopdisney.com, as well as at Disney parks!