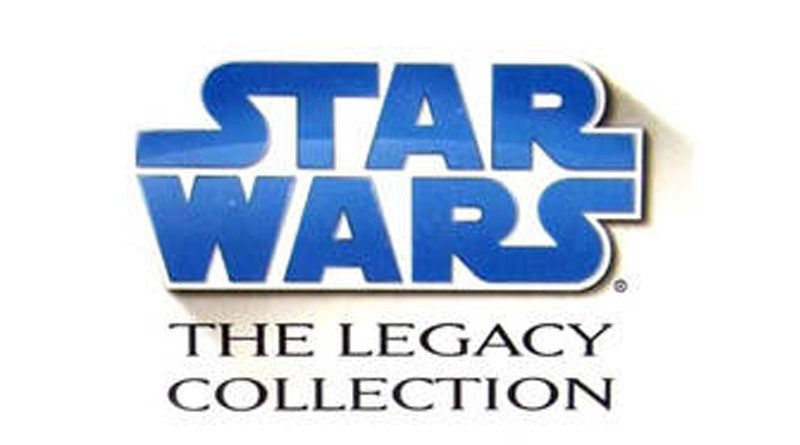 Wave 7 – Revenge of the Sith (includes pieces to build YVH1)

Evolutions will be a Walmart exclusive for 2009 and then the
line will go on hiatus.  Look for these in September.

There were three main lines that ran from 7/26 through the end of the year: The Clone Wars, The Legacy Collection and Saga Legends.

The Clone Wars line contained figures from the animated movie and TV show.  Each figure was numbered, 1, 2, 3, etc.

There are two components to this line of figures.  All new figures and characters in each wave, along with refresh figures from previous waves, were numbered BD-1, BD-2, etc.  Each figure contained a part for a Build-a-Droid figure from that wave, hence the “BD” number designation.  Figures from previous waves that carried over contained BaD parts for the current wave’s droids and were duplicates of parts included with the new figures from the same wave.  That means some figures were available with two or more different droid parts based on which waves it shiped with.  To build the droids from each wave, make sure to buy figures from that wave with the parts needed, whether they were new or carried forward.

The second component to the TLC waves were repacked figures from previous lines, such as the 30th Anniversary Collection.  These figures were numbered GH-1, GH-2, etc.  The “GH” stands for “Greatest Hits.”  These figures were also packed with a droid part for the waves BaD figure however, like the carried forward figures, they were duplicates of parts also available with the new BD figures from the same wave.

This line picked up where the previous Saga Legends (assortment 85770) left off.  Figures in this line are numbered SL-1, SL-2, etc.  These figures are repacks of previously released figures from all lines. The pack-in for this line of figures is the Weapons Locker. Each locker contains six Clone Trooper weapons, all figures have the same six. The weapons are similar to what was included with the 2007 Battlefront II Clone Pack and includes a Clone Trooper blaster, rifle, Commander pistol, Sniper Rifle, Grenade Launcher, and Battle Droid blaster.