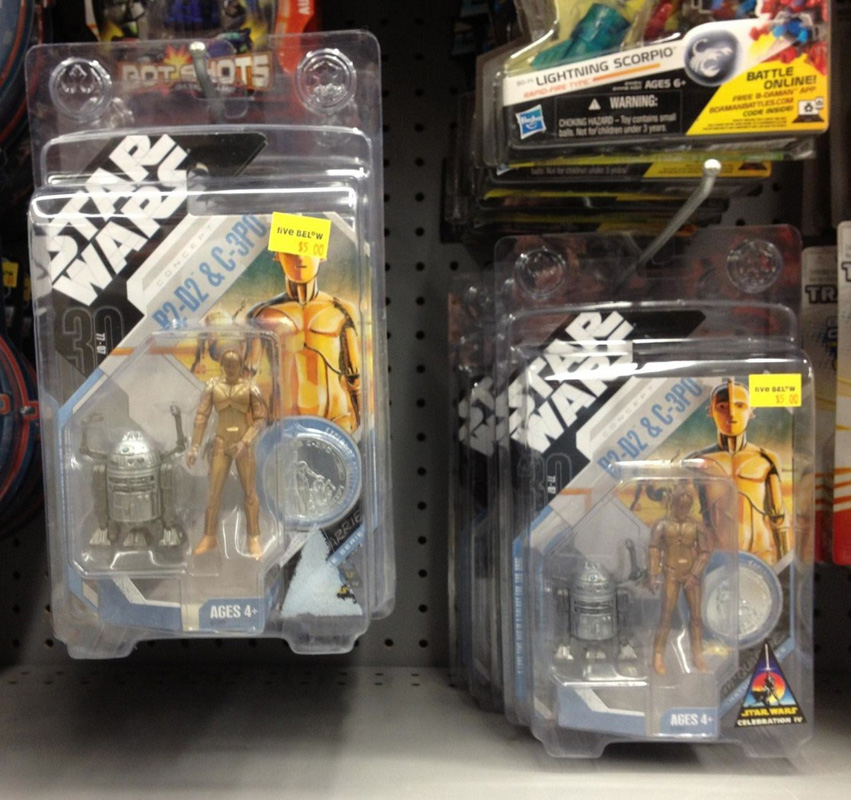 Friend of the Holocron, Alex D., alerted us last night that he’d found the Celebration 4 exclusive McQuarrie Concept R2-D2 and C-3PO 2-pack at his local Five Below store in Willow Grove, PA for $5.

This morning, Joe K. reported finding about 20 of them on the shelf of his Five Below outside Scranton, PA.  What’s equally surprising as finding them is that they’re still in the protective shell with the original Celebration IV stickers.

It wasn’t news that this set seemed to fall victim to overproduction and poor sales as the now defunct e-tailer, ToyRocket.com, bought a large quantity of the sets at the end of the 2007 convention.  While some showed up on the also closed ShopStarWars.com, it’s unclear if between the two websites they received all of the leftovers from the convention store.  We’re not sure when ToyRocket closed but the Star Wars site closed in July of 2011 so it’s interesting that these are just showing up now.