Just over a month ago, PSWCS.org launched our 12th charity medallion featuring Captain Rex. Now, with your support, fewer than 150 of the original run of 1000 medallions remain for sale. Help No Hero Left Behind support veterans, and celebrate Star Wars, by ordering yours today!

One medallion will be $12.65 shipped in the USA and will be accompanied by a Certificate of Authenticity. Shipping is calculated at checkout for larger quantities. Due to changes in international shipping and tax law, we are unable to ship overseas. Place your order now at pswcs.com/charity.cfm. Please allow up to 3 weeks for shipping. 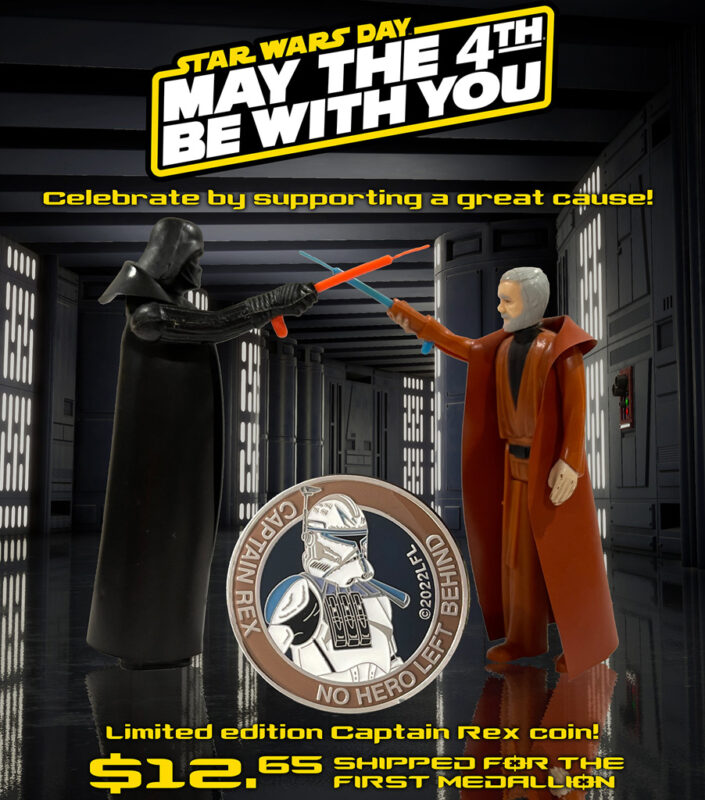