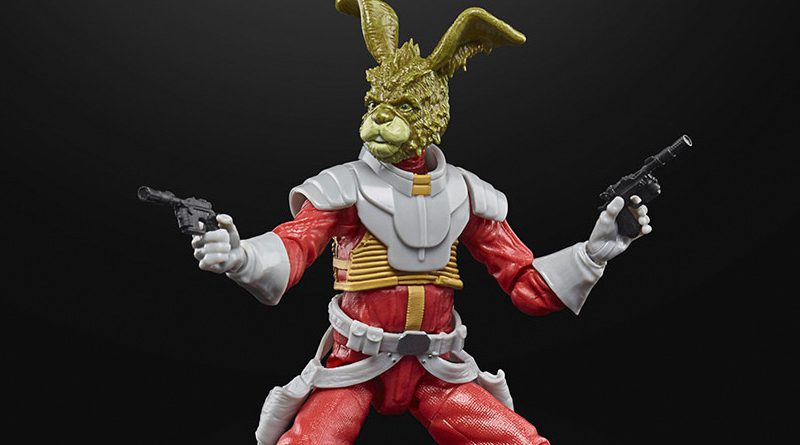 Luke Skywalker is pulled from Heir to the Empire while the other three are from comics. Darth Maul, sans shirt and robes, is pulled from his own comic while Jaxxon, based on his recent Adventures comic, originated in the original Marvel run of comics from the early 1980s. Finally, Carnor Jax is pulled from the Crimson Empire storyline.

All four of the figures will be available to pre-order on Friday, March 19th at 1:00 PM EST on the various Fan Channel sites, including Hasbro Pulse, BigBadToyStore, and Entertainment Earth. They’ll be priced at $24.99.

It was pointed out early that the Carnor Jax figure is actually Kir Kanos, based on the paint deco. Kir Kanos uses the mostly red deco of an Emperor’s Royal Guard while Carnor Jax has very prominent black components to his armor. It was also mentioned in the article that this was the first time Luke Skywalker was released from the Heir to the Empire era of books and the first time Darth Maul was released without a shirt or upper cloak and tabards. And while that may be accurate as it pertains to the Black Series, both have been done as action figures previously, Luke in a comic 2-pack with Mara Jade in 2007 and Darth Maul in the Legacy Collection in 2009.