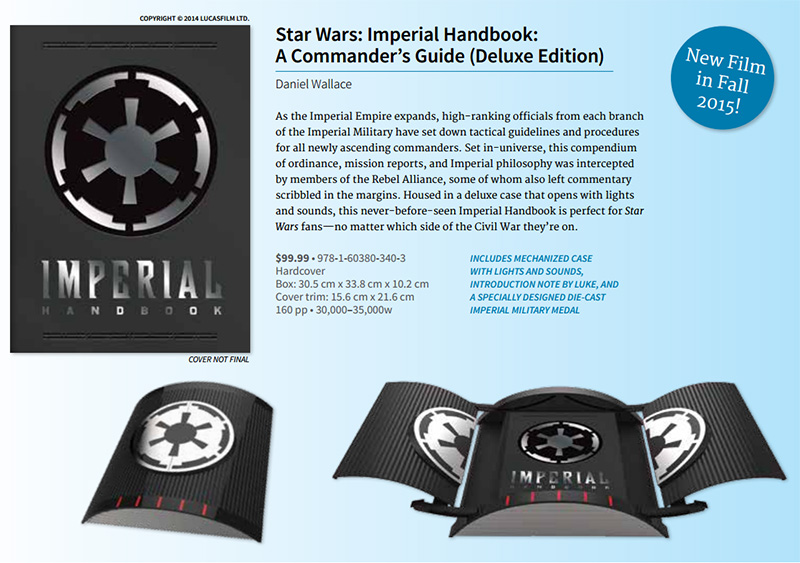 becker&mayer! have released some of the most interesting Star Wars books of the past several years, including “Star Wars: The Blueprints” and the deluxe editions of “The Jedi Path,” Book of Sith,” and “The Bounty Hunter Code,” which all featured motorized cases with lights and sounds. One of the newly announced releases is “Star Wars: Imperial Handbook: A Commander’s Guide” which will join the other deluxe edition, in-universe books.  The release carries an MSRP of $99.99 and features a motorized case with lights and sounds.  Authored by Daniel Wallace, the book includes procedures and tactical guidelines for the Imperial Military as well as margin notes by Rebel Alliance members who have intercepted it. The second book, “Star Wars Costumes: The Original Trilogy” is by Brandon Alinger and features photos, original sketches, and notes about the costumes used in the three classic movies.  The book features new photographs and promises costume details that may be new to the public.  “Star Wars Costumes” sports an MSRP of $60.

You can see the full catalog of current and upcoming becker&mayer! releases in their 2014 catalog.