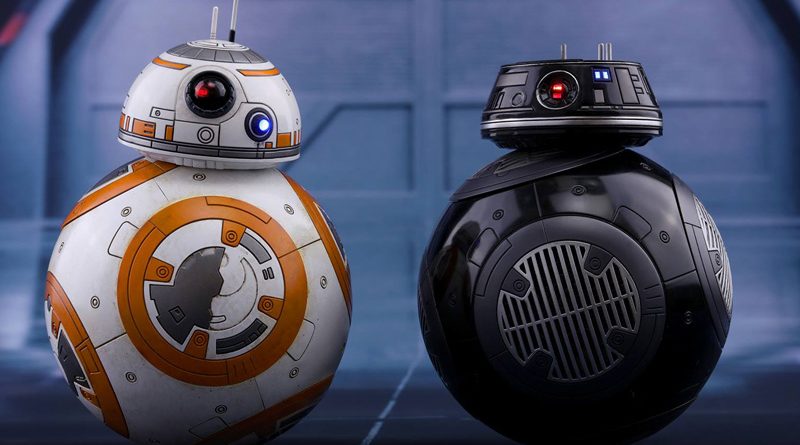 Hot Toys has already released BB-8 with Rey but now he’s back along with the new character, BB-9E, from Star Wars: The Last Jedi.

By the way Hot Toys announced them on Facebook, the two droids look to be available individually but will also be offered together with an exclusive Mouse Droid. Both BB droids feature light-up features in the heads, which attach magnetically to the body. BB-8 includes opening panels with interchangeable arms, including the thumbs-up lighter, open and closed gripping arm, interface arm, and opening storage drawer.

BB-9E isn’t shown with any accessories other than a stand, and we’re wondering if features will be revealed later once the film has been released and we’re able to see it in action.

Additional photos can be seen at the links above.