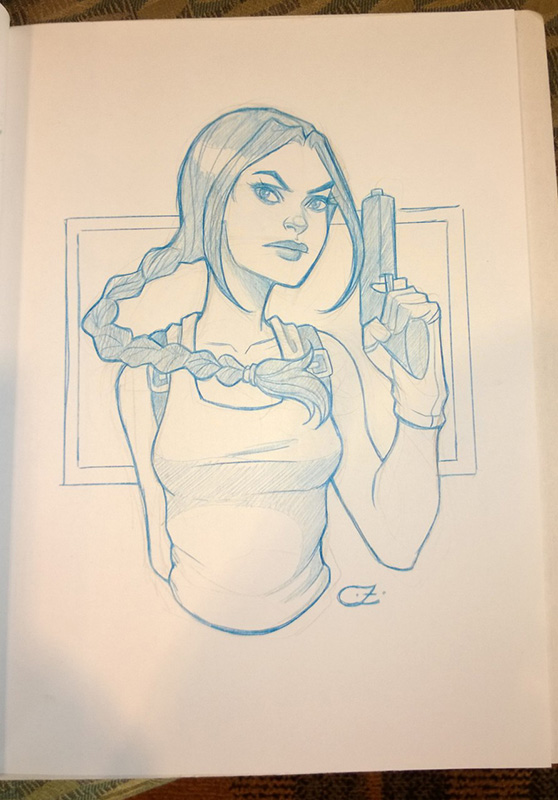 One of my main goals for Baltimore Comic Con was to add a couple of sketches to my book and I was able to have my two top choices of artists do just that.

I first noticed Shawn Alleyne at Wizard World Philadelphia back in June.  I wasn’t able to get to him as I only had one day at the show, but when I noticed him on the list for Artist Alley at Baltimore, he was my top pick.  I gave him a list of characters and asked him to pick who he’d like to do.  He chose Marvel’s Iceman and knocked it out of the park!  Check out Shawn’s work on his Facebook page and if you spot him at any upcoming shows, I’d recommend getting something done by him.

My second choice was Chrissie Zullo.  Chrissie is a member of Station Studios along with Sara Richard, Christopher Uminga, Matthew J Fletcher, Mike Choi, Billy Fowler and Kevin Kirk.  After showing her my list of characters, Chrissie immediately picked out Lara Croft and applied her unique style to fierce looking Lara.  The sketch is done in a soft blue color that I couldn’t seem to capture well in the photos I took, but it really pops on the page.