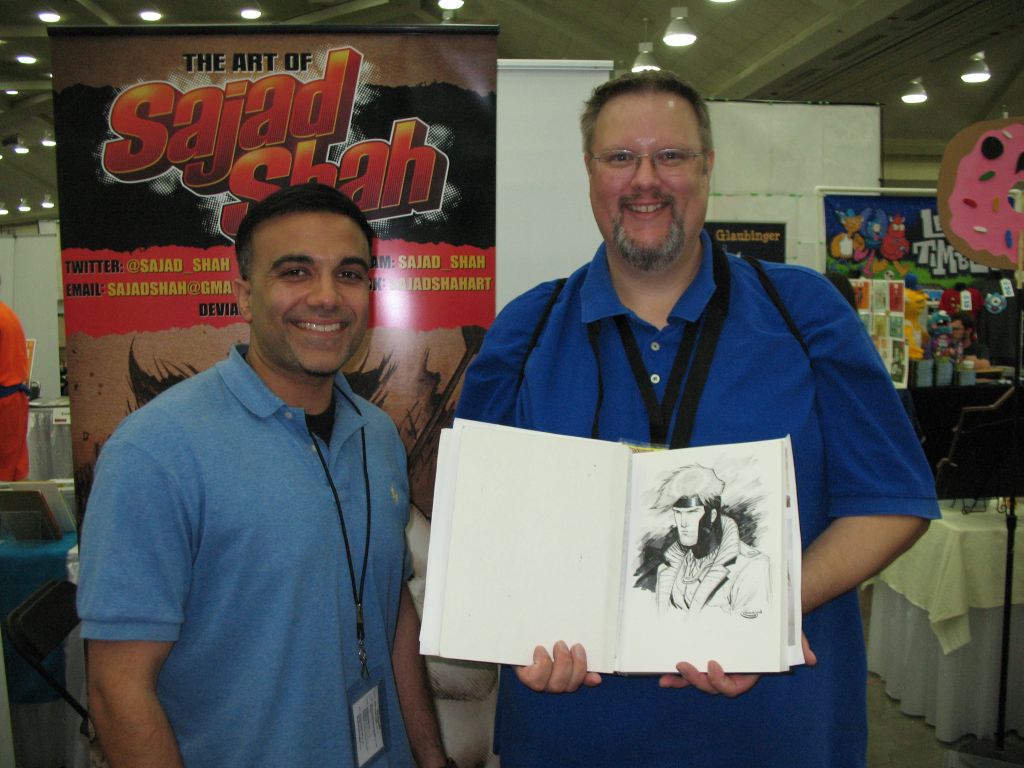 The thing that amazed me the most last year was the size and attendance of Artist Alley and the 2014 Baltimore Comic Con was just as impressive.  Now that the show is three days, the convention has expanded into a larger part of the Baltimore Convention Center and while I didn’t compare this year’s list of artists to last, there seemed to be more booths this year.  Another bonus of the larger space is that the aisles seemed less packed making it easier to approach booths even with people stopping to take photos or just look through portfolios.

We had an early start on Friday and my first stop, after walking through most of Artist Alley, was GW Fisher.  I’d seen his work before and had his card from last year so when I found him available, I commissioned a sketch.  I have a list of characters in my book and ask the artists to choose what character they’d like to draw, and it’s even more fun if I don’t know who it will be until it’s done.  GW picked the Punisher and the results are below.

After picking up my book from GW, I browsed through several more booths before finding Sajad Shah.  I wasn’t familiar with his work but after looking over his portfolio and speaking with him, decided to hand over the book and he drew an excellent Gambit.

On the last day of the show, Adam Hughes had a 10:30 open sketch time and Joe Kersavage and I took advantage of our early entry to line up.  We had the opportunity to speak with his wife, Allison Sohn, about her work and upcoming projects (including Celebration Anaheim) beforehand.  If you’ve met him at conventions before, you know that Adam only does bust profiles in pencil and marker at shows, but even for a quick drawing he’s able to nail the character.  This time around, he sketched the Yoda seen below.

All three sketches turned out well and I was very happy to have each artist work on my book.  If you enjoy the art, be sure to follow them on Facebook and Twitter.