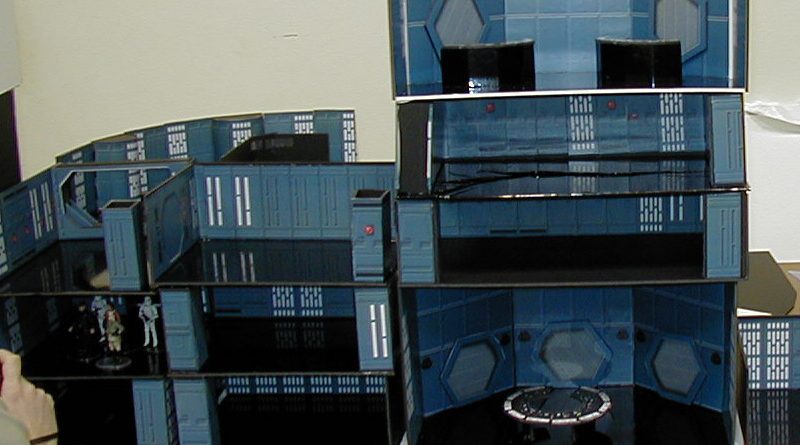 Star Wars Celebration III was again held in Indianapolis, ID, from April 21-24, 2005, and started to resemble the Celebrations we have now. Celebration III introduced the Fan Fair Hall which included fan clubs from around the country and was in a much larger venue than at Celebration II.  The Diroama Workshop joined the fan clubs in the Fan Fair Hall and they took advantage by building a large Death Star themed display area for custom dioramas and creating an entrance to the building area where fans could help construct the Death Star in action figure scale.

The Death Star featured the docking bay with the Millennium Falcon, control rooms, Luke and Leia’s famous cavern swing, the detention block rescue, and even Obi-Wan and Darth Vader’s duel.

We didn’t take as many photos of the finished Death Star as we did for Tatooine at Celebration II, but below there are several photos of it and other dioramas on display. We’ve also included the photo montage video created by Diorama Workshop’s Frank Diorio. Be sure to check out his website as well as the YouTube channel where there are videos of other Celebration dioramas as well as behind the scenes looks at the builds.