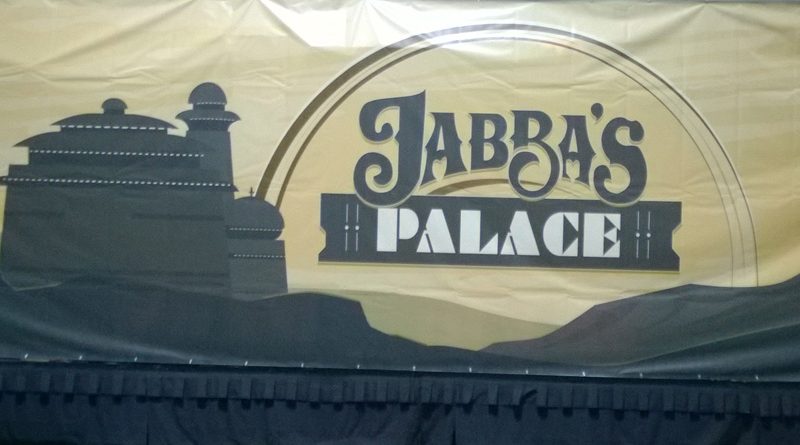 It’s been just over a week since Star Wars Celebration Orlando wrapped up and we’re winding down our photo posts. As with previous Celebrations, we like to take a look back at both the good and the bad. Today let’s look at the best parts of Celebration and save the rest for later.

It would be hard to ever say that the bad outweighed the good of Celebration anyway. Star Wars Celebration is unlike any other convention we’ve been to in that it’s probably the largest convention dedicated to one single topic, Star Wars.

Everyone in attendance is a fan of the movies, or the animated series, or maybe video games. And never forget the fans of comics and the novels. No matter where your interest started, there’s something in the Star Wars universe for you to enjoy and Celebration brings it all to you in one place.

This year we celebrated three major things; the beginning of The Last Jedi, the 40th anniversary of Star Wars: A New Hope, and the life of Carrie Fisher. There were panels dedicated to all three, merchandise celebrating the anniversary and some looking forward to The Last Jedi. With new movies still on the way and Star Wars Land opening at Disney, we’re sure there will be another 40 years of Star Wars to celebrate.

This year’s Celebration was the largest, with a reported 70,000 in attendance, but because of the layout of the main exhibit hall, it didn’t feel crowded. The conference rooms on the third floor had plenty of room for the Collecting Track and other panels. The Collectors’ Social Room was busy all weekend with fans trading patches and buttons as well as taking part in the Re-Collection videos.

The 40th Anniversary panel that kicked off the show on Thursday gave way to The Last Jedi panel on Friday and Rebels on Saturday. All three were extremely popular although it took some planning to attend. Thankfully, the Star Wars YouTube channel streamed many of the panels live and has made them available to watch now that we’re all home.

There were plenty of exclusives, from card sets to action figures, mini busts to t-shirts, and more. Not to mention all of the vintage and modern collectibles for sale from the large vendor area in the exhibit hall. If you didn’t want to spend a lot of money, however, the fan created swag was at a whole new level this year with fans handing out countless pins, buttons, and patches, free, all weekend.

Star Wars Authentics brought in an excellent roster of guests for autographs and photo opportunities, including Hayden Christensen, Forest Whitaker, Felicity Jones, and Alan Tudyk all signing for the first time at Celebration. Fan favorites such as Mark Hamill, Anthony Daniels, Peter Mayhew, Billy Dee Williams, and Jeremy Bulloch also spent their weekend with us, signing and attending panels. The entire Rebels crew joined the autograph hall as well as the panel on Saturday, linking the past with the present.

Artist Alley was filled with returning favorites such as Joe Corroney, Malcom Tween, Jerry Vanderstelt, and Chris Trevas. With all of the various styles and subjects, art fans had a lot to choose from.

The 501st Legion, Mandalorian Mercs, and Rebel Legion were on hand with incredible displays and cosplay. If droids are more your style, the Droid Builders had their own room with dioramas for photo ops as well as showing off the latest in droid building technology.

Probably the most important part of Celebration is seeing old friends and making new ones. Whether you meet people on line for a panel or autograph or at a gathering such as the 501st Bash or Archive Party, you always know that you have at least one thing in common to talk about at Celebration. In some cases, Celebration is the only time we get to see friends from around the country or even around the world. It’s the one event above most others that draws everybody together for one weekend and enough good things can’t be said about Star Wars Celebration for that reason alone.